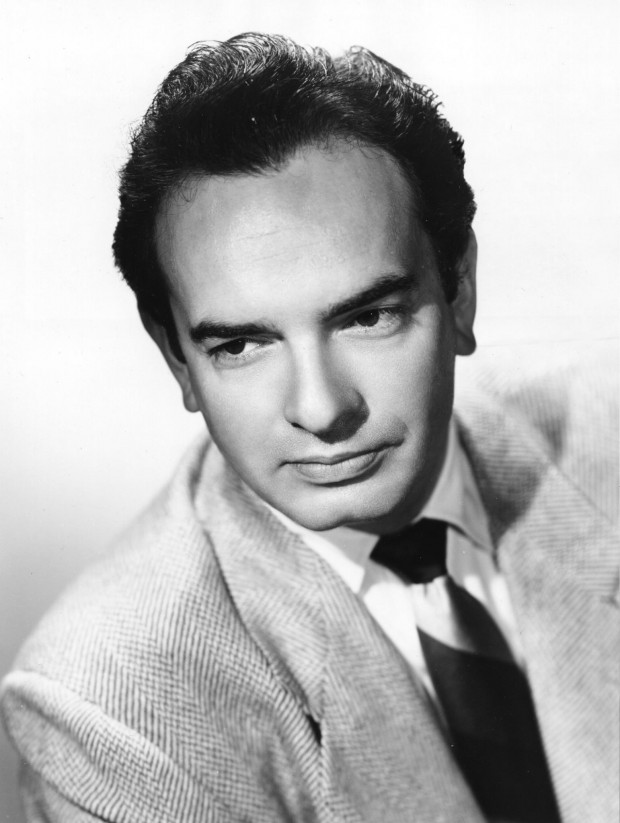 Even as he continued to convulse audiences weekly in the 1950s as Frankie Remley, sidekick to the male half of The Phil Harris-Alice Faye Show, actor Elliott Lewis was anxious to branch out into the more creative areas of network radio.  While acting on Suspense in the 1940s, Lewis had occasion to rewrite scripts as well as submitting his own originals on “radio’s outstanding theatre of thrills.”  So it didn’t come as too much of a surprise when he moved up to the director-producer’s chair in August of 1950 on Suspense, a position he maintained until June of 1954.

Other series that bore Elliott’s distinctive stamp include Broadway’s My Beat and On Stage—but perhaps the most unusual entry on his resume premiered on this date in 1953.  As a matter of fact, it began as a summer replacement for Suspense before generating enough positive critical buzz to run for an additional season afterward.  We know it as Crime Classics.

What made Crime Classics so unusual?  Granted, it was a crime anthology and there had already been a history of those types of series on radio for years previous.  What made the program stand out was its tongue-in-cheek approach to its stories; tales laced with an irresistibly mordant wit that kept audiences from drifting off in the middle of what could have a been a dry, dusty criminology lecture.  The Crime Classics project sprung forth from Elliott Lewis’ longstanding hobby of collecting anecdotes and tidbits from famous murder cases throughout history.  Elliott could proudly boast of a remarkable library of files and clippings on the history of murder—much of his material being primary source information dating back to the 17th century.  With Crime Classics, Lewis set out to recreate those cases by placing them firmly in the time periods they occurred and executing meticulous detail to capture the exact dialects and behavior of the principals involved.

Assisting Elliott Lewis was the veteran writing team of Morton Fine and David Friedkin—who, in the spirit of the scripts they contributed to Classics, once observed: “You can afford to laugh at murder as long as you’re safely a century or so away from it…the killers we make fun of are good and dead.  If they weren’t, we know a pair of writers who would be.”  The three men would select a case and thoroughly discuss the particulars, combing through periodicals that concentrated on their chosen act of mayhem and taking copious notes on the subject.  The actual writing of the script came very easy; requiring Fine and Friedkin to merely sprinkle a little gallows humor throughout to keep things from getting too grim.

Here’s a brief example from the opening of “The Checkered Life and Sudden Death of Col. James Fiske, Jr.” (06/29/53)—to give you a bit of the Crime Classics flavor:

(SFX: body falling down a flight of stairs, music starts)

HYLAND: The man who just fell down the stairs was Colonel James Fiske, Jr.  Although the Colonel is a man given to the consumption of dozens of blue point oysters—and bottles of heady wine at a sitting—his friends were given to pointing him out as a man inordinately steady on his feet.  So why did he tumble down the stairs?  And in New York’s Grand Central Hotel, no less—where stair-tumbling was frowned upon…the Colonel didn’t slip…he wasn’t pushed…he was shot.  The sudden presence of two bullets in him had upset his equilibrium.

HYLAND: The man who’s running away is the man who just shot the Colonel.  His name—Edward S. Stokes, until recently the Colonel’s very dear friend.  There he goes… (SFX: more running, door slamming shut) And tonight—my report to you on the Checkered Life…and Sudden Death of…Colonel James Fiske, Jr.

The individual reciting that preface was Thomas Hyland—portrayed by actor Lou Merrill, and described as a “connoisseur of crime, student of violence, and teller of murders.”  (I would give my eyeteeth to be identified as a “connoisseur of crime.”)  Crime Classics also availed itself of many of Radio Row’s top thespians, including Herb Butterfield, William Johnstone, Ben Wright, Jeanette Nolan, Irene Tedrow, John Dehner, and Lillian Buyeff.  Mary Jane Croft was also a Crime Classics regular; she would marry director-producer Lewis shortly after his divorce from Cathy Lewis in 1958.

The announcing chores were handled by Roy Rowan and Bob LeMond, and Elliott Lewis was also quite fortunate to be able to use the services of the legendary Bernard Herrmann to oversee Classics’ music.  Herrmann took the same care with each score that Lewis, Fine and Friedkin exercised with each script, going above and beyond the call of duty to capture the period flavor of each tale.  He often relied on just one or two instruments to create the most effective of moods.

Unfortunately, Crime Classics’ reign on radio was a brief one; its last tale was told on June 30, 1954.  It was a sustained series, which was generally the kiss of death in network radio.  Fortunately for the 21st century old-time radio fan, however, most of the series’ run has been preserved…and is available from Radio Classics.