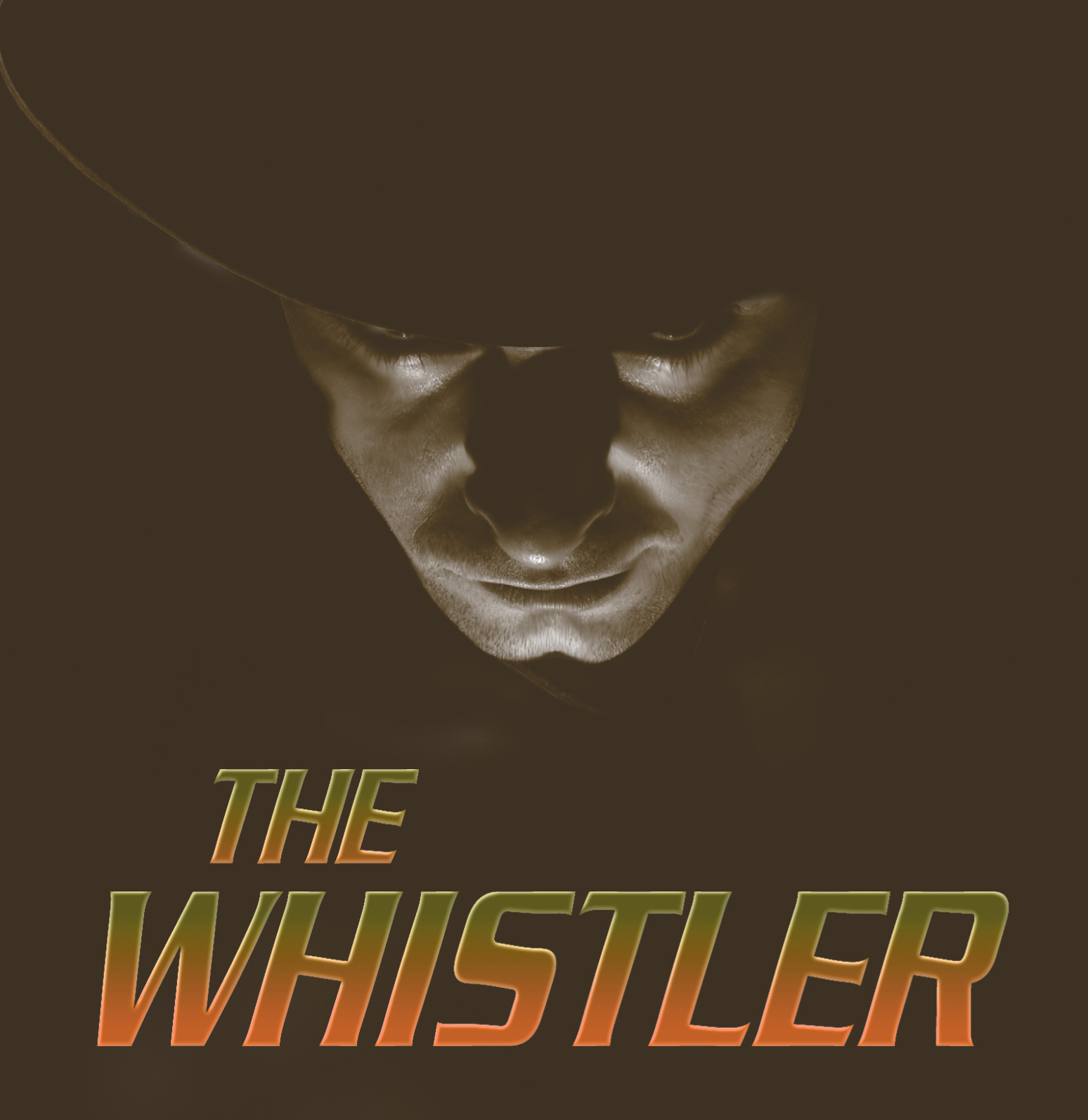 That whistle is your signal for the anniversary…of The Whistler…

On this date in 1942, radio’s best-known omniscient narrator took the first of what would be many strolls by night…and by the time that final curtain was brought down on The Whistler on September 22, 1955, it would be no small exaggeration to say that he was pretty much exhausted after all that walking.   Okay…I’m just having a little fun at the program’s expense—but, the history surrounding one of the medium’s most popular mystery shows is an interesting one, to say the least.

First, let’s address that popularity angle.  The Whistler was indeed a highly-rated mystery anthology.  In fact, the announcer would often brag that the series was “rated tops in popularity for a longer period of time that any other West Coast program.”  Sponsored throughout most of its run by Signal Oil— the largest independent oil company on the West Coast at the time—The Whistler was heard only within the company’s sales region.  However, the series did enjoy two separate East Coast runs: as a 1946 summer replacement for Campbell Soups’ The Jack Carson Show, and from March 26, 1947 to September 29, 1948 for Household Finance.

And yet—The Whistler permeated quite a bit of the popular culture at the time despite its small circle of listeners   It was parodied on such shows as The Jack Benny Program, and its format copied by series like The Mysterious Traveler.  From 1944 to 1948, the Columbia studio released a series of Whistler films (eight in all) that turn up occasionally on Turner Classic Movies.  The show even inspired a syndicated TV version that ran briefly from 1954 to 1955.

But, because the series’ run has been so well-preserved—of the nearly 700 shows originally broadcast, over 500 of them are extant today—it wouldn’t be stretching things too much to argue that The Whistler enjoys a much larger listenership (and dedicated fan base) than it did during its original Golden Age of Radio reign.  The program featured one of radio’s classic openings:  a haunting 13-note theme created by Wilbur Hatch (who also composed the show’s eerie mood music).  Hatch estimated that only one person in twenty could whistle this exact melody, and for the show’s thirteen-year duration one person pretty much did—a young woman named Dorothy Roberts.  In fact, during the war years, Roberts had to get permission from Lockheed (where she worked) to leave her factory job in order to make it to the program and whistle every week.

Playing the part of the omniscient Whistler was the responsibility of a variety of performers.  Gale Gordon and Joseph Kearns were one-time Whistlers, as were Marvin Miller, Everett Clarke and William Johnstone (who was heard during the program’s East Coast run in 1947-48).  But, the individual best remembered as the man “who walks by night” was Bill Forman, the popular announcer from programs like The Phil Harris-Alice Faye Show and Father Knows Best.  Forman would be the only actor to receive credit for the role, and even that didn’t happen until November 1951; the actor commented after this hard-fought victory: “I’m proud to be ‘The Whistler’ and I wanted people to know it.”

The Whistler also featured the crème de la crème of talent from Hollywood’s “Radio Row”; performers like Elliott & Cathy Lewis, Betty Lou Gerson, Wally Maher, William Conrad, Hans Conried, Gerald Mohr, and Lurene Tuttle, to name only a few. These performers appeared so often on the show that they were dubbed “Whistler’s children”—and their expertise was such that The Whistler rarely had to rely on the sort of high-powered celebrity wattage prevalent on Suspense.

And yet The Whistler was very much like “radio’s outstanding theatre of thrills” in a lot of ways (though the program’s official debut predates Suspense by a month).  Creator Donald J. Wilson might have crafted a mystery series, but in most of the stories there was very little mystery to solve.  The audience knew who the guilty party was (usually the protagonist who, in a moment of weakness, succumbed to human frailty and committed a murder or forgery or whatnot) and it was simply a matter of enduring the nail-biting experience of waiting to see how he (or she) would be caught.  Before it became the fashion for The Master of Suspense to return from a commercial break on Alfred Hitchcock Presents and inform us of a tiny detail that tripped up his crime-committing character, The Whistler did the same thing with its evildoers, often having its narrator reveal to the listening audience “the strange ending to tonight’s story.”