Talent Enough for Two: The Story of Teddy Bergman and Alan Reed

Radio offered plenty of opportunities in its golden era for performers with a versatile voice. The more variations on a vocal theme you could perform, the more in demand you were in the studios and at the agencies. Pages in trade directories boasted of artists who could perform, with little effort, dozens of different voice characterizations and dialects. Many of these performers laid a legitimate claim to being the “Man (or Woman) of A Thousand Voices.”

He was born Edward Bergman in 1907, and while it would be tempting to present him as one of the legion of hustling New York City street kids to make it big in show business during the early years of the twentieth century, the reality is that young Teddy wasn’t much interested in stealing apples, hustling nickels, or evading the truant officer. He was a bookish boy who excelled in school, graduating from high school a year ahead of schedule, and earning his way into both the American Academy of Dramatic Arts and Columbia University. At a time when only a tiny fraction of Americans attended college, these accomplishments marked young Bergman as a future leader. –But, after an outstanding performance in a college musical, the show-business bug bit hard, and Teddy quit school to accept a position with a touring stock company.

As was often the case with touring stock companies, however, this one went broke. So, Teddy Bergman wiped off his greasepaint and looked for an honest job. Using a small windfall won in a crap game, Bergman invested in a company selling wholesale candy, and again lost his shirt. It was then that radio beckoned.

The early 1930’s saw an explosion of interest in “comedy sketch” programming. On the heels of the unprecedented success of Amos ‘n’ Andy, fifteen minute comic serials of every description filled the air — and even hour-long variety series began featuring comedy-sketch segments. Dialecticians were in demand and, like most New York youths of his generation, Teddy Bergman had been raised in a sea of dialects. He had a sharp ear for intonation and phrasing, and readily absorbed new accents. After puttering about for several years on various serials, including a brief stint as lovable-lug prizefighter Joe Palooka, he got his biggest break on The Eddie Cantor Show in 1932. Cantor had spent the past year razzing his orchestra leader, David Rubinoff, who resolutely refused to take a speaking role in the program. Undaunted, Cantor and writer Dave Freedman hired Teddy Bergman to impersonate the Russian-born violinist, giving him a ripe So-we-et accent straight from the steppes. The “Rubinoff” characterization was one of the big hits of the season, and made Teddy Bergman a big name around the studios. 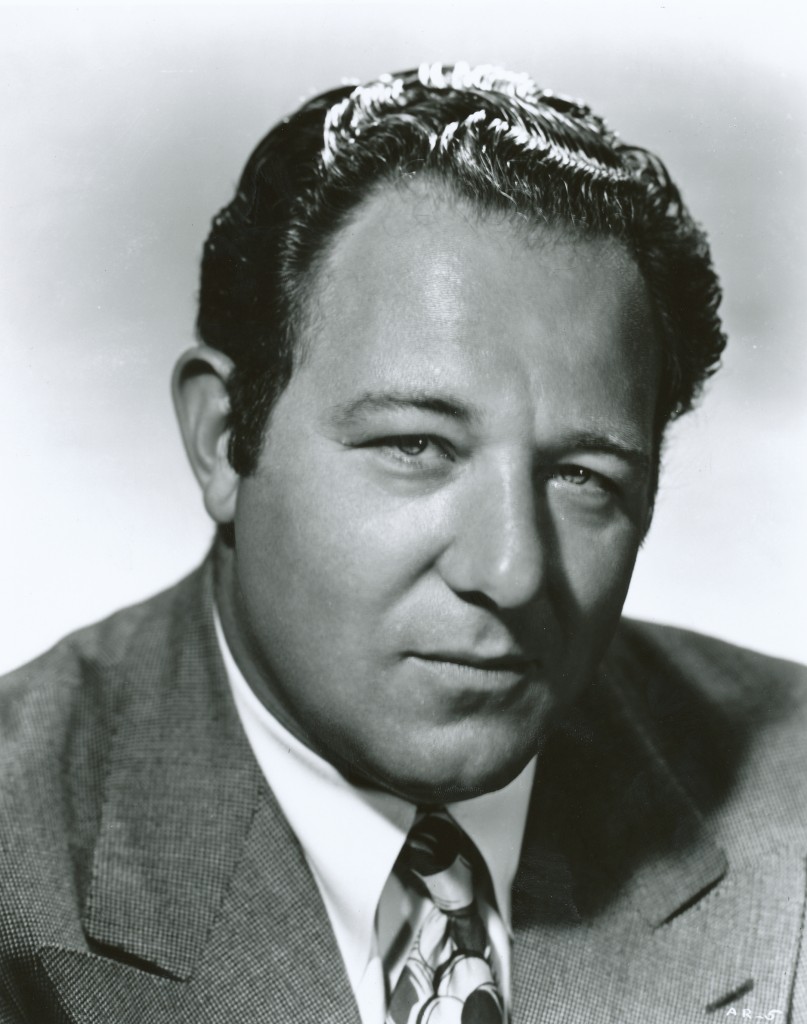 For the next several years, he was everywhere. He appeared with Fannie Brice in an early iteration of the “Baby Snooks and Daddy” sketches on The Rudy Vallee Show, he portrayed a wide assortment of thugs, oaves, and lunkheads on Easy Aces, and in 1938 he landed one of radio’s plummiest engagements for a dialectician, becoming a member of Fred Allen’s legendary “Mighty Allen Art Players.” Here was the greatest assortment of dialect talent ever assembled on a single program: diminutive Bridgeportian Minerva Pious offered every sort of nationality imaginable in her feisty, shrill-voiced characterizations. Icy-voiced former debutante Eileen Douglas played every possible variation of the efficient secretary, cold-blooded businesswoman or haughty dowager. Stumpy, bespectacled Charlie Cantor specialized in endless embroideries on the theme of the nebbish and the dope. And, Teddy Bergman replaced the masterful Jack Smart as everything from hyperactive movie executives to flouncing interior decorators. It was the highest-profile job of his career so far, and it began a collaboration with Allen that would last nearly a decade.

By the end of the thirties, Teddy Bergman was so well known for his dialect and comedy work that he was beginning, if such a thing was possible for so versatile a performer, to be typecast. He had always enjoyed straight acting as much as comedy and, even in comic roles, his acting skill shone through. In a 1937 Easy Aces sequence, scatterbrained Jane Ace is kidnapped by a typical Bergman thug (in this case, one who spent a large chunk of one episode trying to teach Jane how to balance a toothpick on her lip). There are no funny lines in this scene, and the voice Bergman used in the role was basically his own, but the palpable enthusiasm with which the thug character evangelized for toothpick chewing proved that Bergman wasn’t just another funny-voice man. He could act, and could stand with any of the top actors in the medium. But, when producers looked over casting directories they thought, “Hey, wasn’t that Rubinoff voice great? Funny guy, but we need someone more serious here.”

Bergman got around that roadblock by coming up with a whole new identity for himself, naming himself after his son, Alan Reed Bergman. “Alan Reed” began to get more dramatic work — soap operas, nighttime melodramas — while Teddy Bergman continued to get the comedy work. This bifurcated identity took its toll, however, and to make the bookkeeping easier, the performer finally adopted his pseudonym as his legal name in 1939.

The 1940’s were Alan Reed’s decade. He remained a member of Fred Allen’s stock company throughout the war era and, in 1941, Allen gave him the part he’d been waiting for his whole career — a role that became, albeit briefly, a national phenomenon. Allen had, for several years, featured comic poets of one kind or another in his newsreel segments. Early in the new decade, one of Reed’s distinctive voices began to get these assignments regularly — a voice dripping with pompous self-absorption, the voice of a dignified yet ever so slightly fey artiste. Allen experimented with various names for this character before settling on the one that clicked. Throughout the war years, Alan Reed would be best known to radio listeners as the bard of Allen’s Alley, Falstaff Openshaw — and it was this role that, finally, made him a star. When Allen retired temporarily due to health issues in 1944, he presented Reed with the legal rights to the Openshaw character as a gift in recognition of his years of service to the program — and Falstaff briefly resurfaced on his own program. Reed would further capitalize on the character in a popular series of children’s recordings, helping to further cement the threadbare poet’s place in popular culture.

But, the frowsy laureate wasn’t Reed’s only major part in the forties. He was a mainstay on Duffy’s Tavern as the scheming Clancy the Cop — the definitive portrayal of the stereotypical apple-stealing, drink-cadging Irish flatfoot. Reed was also Little Italy’s answer to the Kingfish in his role as Pasquale on Life With Luigi. He successfully matched voices with rival thousand-voice-man Mel Blanc on Blanc’s own series. And, he dabbled in movies as well, establishing himself as a useful character actor in both serious and comic roles.

Television didn’t stop him a bit. He turned up on various programs in a variety of roles as the forties turned into the fifties. And, when the sixties came along, he earned the part that would make him a defining figure in Baby Boomer culture — that of the blustery, Kramdenesque caveman Fred Flintstone. With a voice that evoked Jackie Gleason’s, without explicitly imitating it, the Flintstone portrayal echoes indelibly in the minds of kids who grew up in the 1960’s and 1970’s. Even though more than thirty years have passed since Alan Reed’s death at the age of 69, every actor to portray Fred Flintstone since has tried — with greater or lesser success — to preserve the unique quality that Reed gave to the character.

One of many voices, from one man with talent enough for two.