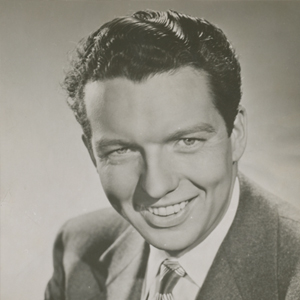 When Yours Truly, Johnny Dollar first appeared sixty-six years ago, no one paid much attention. Certainly, no one would have anticipated the program would still be on the air thirteen years later. And, while some might have suspected the end of radio’s reign as America’s favorite form of home entertainment might be near, given the glowing cathode-ray eye that would find its way into over four million living rooms by the year’s end, no one would ever have suspected that this unassuming crime drama would be the final survivor of network radio’s Golden Era, the last old-line dramatic program to leave the air.

Yours Truly, Johnny Dollar found its way to the network at a time when wisecracking gumshoes were walking tall along radio’s fog-bound and rain-swept sidewalks. The postwar years were the Golden Era’s Golden Age of detective drama — a reasonably inexpensive format to produce, a reasonably easy format to write, and a reasonably simple format to cast. It was also a format with a ready appeal to bored ex-GI’s and their newly suburbanized families, people who were settling into nice, quiet, everyday lives after cleaning up that dirty business in Europe and the Pacific – people who welcomed a touch of excitement in their entertainment. Radio detectives were just the thing.

A detective had to have a concept to make a name for himself in postwar radio. With so many shamuses shamusing across the dial, a new gun on the block needed a gimmick to stand out. Johnny Dollar’s gimmick was a pip: he was “The Man With the Action Packed Expense Account.” No other radio detective could make that claim.

The format was really the whole program, at least in its first few years on the air. Every week, Johnny, a freelance insurance investigator, would relate the details of his latest case by rattling off his itemized, and highly padded, expense account in a letter to his bosses back in Hartford. Every dollar spent tied into the drama, with Johnny methodically coping with cheating spouses, jealous families, dodgy lawyers, manipulative business partners, and all manner of other colorful personalities who usually had something to do with the recent and untimely death of The Insured. A substantial number of these untimely deaths turned out to be murders or the result of otherwise un-accidental circumstances. However, Johnny would occasionally look into a case of business fraud, arson, or auto theft, just for the sake of variety. The unique format gave Yours Truly, Johnny Dollar the flexibility of an anthology program. Johnny himself was the only significant continuing character, every week featured a new cast, a new setting, and a new problem. It was this flexibility that helped the program adapt with the times, keeping Johnny alive and vital long after all the fat men and thin men and hard-boiled men had been shuttled into radio’s morgue.

Johnny had several voices over his long tenure on the air. Charles Russell, a bland leading-man type, started off the run, and was succeeded after a year by the grittier, more noir-ish Edmond O’Brien. He, in turn, was followed by John Lund, another leading-man type who was about fourteen minutes into his fifteen minutes of film stardom. Each of these actors did a workmanlike job in the role, but none were especially distinctive or memorable.

But, when Bob Bailey took over the part in 1955, Yours Truly, Johnny Dollar truly earned its niche in radio history. Bailey was a former film actor of no note whatever who had made a name for himself in West Coast radio in the mid-forties as the tough-but-pragmatic George of Let George Do It. His persona — intelligent, world-weary, but just enough of an idealist to keep trying to make a difference — made for a perfect fusion with the Dollar format. The previous actors had portrayed Johnny, Bailey actually seemed to become him.

Concomitant with Bailey’s arrival came a new producer/director and a dramatic new structure. Jack Johnstone was an old hand in radio, specializing in the fifteen-minute serial format. Much of his work had been done in the realm of kiddie adventure serials, starting in the early thirties with Buck Rogers in the 25th Century, and reaching its peak in the forties with his long tenure with The Adventures of Superman. Johnstone had turned Superman into one of the best-scripted programs of its type on the air, earning a substantial adult audience listening alongside the Pep-eating after-schoolers. Thus, Johnny Dollar was turned into a serial as well, but with a difference. Unlike most quarter-hour dramas, Dollar avoided the typical revolving-plot format, and instead told a complete new story every week, a 75-minute tale broken up into five individual chapters.

No detective program then on the air had such a broad canvas for plot or characterization, and Johnstone took full advantage of it, fleshing out his tales with deep character development. Johnny’s adventures took on a tone of unprecedented realism in this new format, and Bailey rose to the occasion to bring the investigator to a more vivid life than he’d ever before known. Lasting about a year and a half in this format, the serialized Johnny Dollar transcended the detective genre and moved into the realm of quality mainstream drama. The programs stand today as some of the best American radio drama ever produced.

All good things must end, and Johnny Dollar returned to the half-hour format in late 1956. Actually it wasn’t even a full half-hour — with five minutes carved out of the running time for newscasts, and another three minutes for commercials, Johnny’s weekly story now had to be told in a little over one-fifth of the time it had had in the serial era. Naturally, the scripts suffered — the detours away from the main plotline for characterization vanished, with more and more of the burden of advancing the story laid on Johnny himself, whose narration grew ever more clipped and ever more stylized. Bailey was as good as ever, but increasingly the material was beneath him. Finally, CBS announced it was moving production of both Dollar and Suspense from Hollywood to New York as a cost-saving measure — and Bailey declined to make the move. First Robert Readick and then Mandel Kramer replaced him when the program shifted to the East Coast in 1960.

Readick’s performance as Johnny was serviceable, but nothing special. Kramer wasn’t a bad Dollar at all — he was better in the part than any of the pre-Bailey Johnnies, with the possible exception of Edmond O’Brien – but, following such an outstanding performance has always left him suffering by comparison. Jack Johnstone continued to write scripts for the program for a while longer, but production and direction was taken over by CBS-New York staffer Bruno Zirato, who found himself spread a bit thin — devoting far more attention to production duties on various CBS-TV daytime programs than to radio, which was by now a poor relation at the network. Affiliates were commanding more and more time for their own local platter-and-chatter recorded music programs, which were far more lucrative when sold to local sponsors than the station breaks between network shows, and in the fall of 1960 CBS lopped off the majority of its radio schedule. Broadcast stalwarts ranging from Amos and Andy to Ma Perkins were sent to pasture by this purge, but Gunsmoke, Suspense, and Johnny Dollar survived in inconspicuous weekend time slots, as a last sop to the dwindling number of fans of aural drama.

Then, in 1961, Gunsmoke took the axe as well. CBS programmed now only fifty minutes of drama a week, early Sunday nights — and the audience, by now, was miniscule. But, Johnny Dollar carried on, with Mandel Kramer doing the best he could with the increasingly cheap-sounding material and production, never quite managing to equal Bob Bailey, but never sliding into a “why bother?” attitude either. The series was a shadow of what it had been just a few years earlier, but the format was still effective, Johnny himself was still an engaging character, and when the scripts were right Kramer could still bring him to at least a spark of life.

In the early fall of 1962, the end finally came. On September 30th, CBS dropped its last remaining dramatic features. Suspense mounted the scaffold first, closing out a twenty-year run as Radio’s Outstanding Theatre of Thrills. Twenty-five minutes later, Johnny Dollar summed up his expense report for “The Tip-Off Matter,” and disappeared into the night. Thirteen years — a decent run by general radio standards, an excellent run for a detective program — and long enough to carve out a permanent spot in the hearts of radio enthusiasts. Even today, with hundreds of surviving episodes, and a new generation of fans discovering his adventures by recordings, the man with the “Action Packed Expense Account” is still on the road.