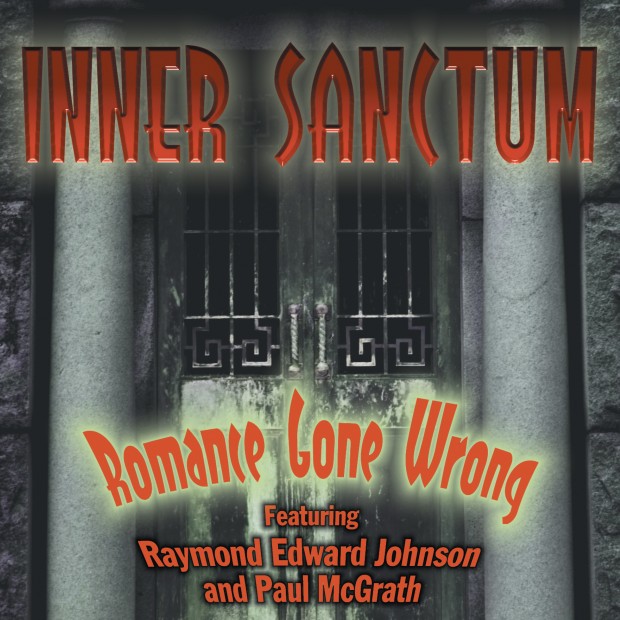 Inner Sanctum At The Movies

In 1943, Universal Pictures was reaping the rewards from a revived horror movie cycle, so the studio decided in June of that year to ink a deal with Simon and Schuster to institute a film series based upon the publishing company’s popular “Inner Sanctum” novels…much in the same way that S&S agreed to let producer Himan Brown fashion a radio program (Inner Sanctum Mysteries) with the same name. Both the novels and the radio series were quite popular…though curiously, Universal did not use any of the novels or scripts from the show, just the “Inner Sanctum” name. Actor Lon Chaney, Jr., who was under contract to Universal and was beginning to chafe at having to play one monster after another, would star in the brief series of six films—though one could charitably say he was miscast in all of them.

Still, the Inner Sanctum movie franchise got off to a promising start with Calling Dr. Death (1943), which cast Lon, Jr. as renowned neurologist Mark Steele. Steele subscribes to the then-radical therapy of hypnosis, with which he’s been able to work wonders with his patients. The doc is ga-ga for his nurse, Stella Madden (Patricia Morison), who is most reciprocal in her romantic attentions. But Mark has an unfaithful wife named Maria (Ramsay Ames), who refuses to relinquish her (sorry about this) Steele-like grip on him. At the end of a “lost weekend,” Maria has been discovered murdered at Mark’s lodge (both beaten to death with a poker and then disfigured with acid)—and Mark has no memory of what happened during that previous forty-eight hours due to a blackout. Intrepid Inspector Gregg (J. Carrol Naish of Life With Luigi fame) pursues suspect Steele with the tenacity of a pit bull terrier.

Calling Dr. Death is certainly not without its merits—both Morison and Naish turn in fine performances. Morison was sort of the “poor man’s Gale Sondergaard,” which is interesting in that Sondergaard was originally slated to play opposite Lon in all of the Inner Sanctum films. Most of the film’s problems can be traced to its star, who was never that convincing in the leading man parts he played in all six movies. Lon [Creighton] may have been the son of Lon Chaney, but Junior had a rather limited thespic ability. He was very good in movies like Of Mice and Men (1939) and The Wolf Man (1941), but was much better in character roles like those in High Noon (1952) and The Defiant Ones (1958). Director Reginald LeBorg does what he can with the tools that he’s got—there’s a great nightmarish montage toward the end of the film that plays out in the mind of the real murderer—but he’s handicapped by both Chaney’s performance and a pedestrian script.

The Inner Sanctum franchise took a tremendous upswing with the second entry, Weird Woman (1944)—my personal pick as the best in the movie series. Chaney is still a liability as Norman Reed, a college professor who returns from the South Seas (studying native superstitions for a book he’s writing) with a new bride (Anne Gwynne) in tow. This news sort of unnerves his former girlfriend Ilona Carr (Evelyn Ankers), who cattily stirs up a hornet’s nest of trouble by inadvertently causing the suicide of one of Reed’s colleagues (Ralph Morgan, who’s accused of plagiarism) and getting the jealous boyfriend (Phil Morgan) of his intern (Lois Collier) all worked up to the point where the boyfriend is killed in a struggle with Reed and the prof ends up accused of murder. Ankers, Universal’s “Scream Queen,” effectively plays against type as the villainess of the piece (she goes stark raving mad in the last ten minutes of the film—and receives a nasty comeuppance for being such a schemer in the first place). Elisabeth Russell (the memorable dame who calls Simone Simon “Moya Sestra” in 1942’s Cat People) practically walks off with the movie as Ralph Morgan’s ambitious, manipulative wife. Woman was adapted from Fritz Leiber’s classic horror novel Conjure Wife, and was later remade as the even better Burn, Witch Burn! (1962, a.k.a. Night of the Eagle) and the head-scratchingly offbeat Witches’ Brew (1980).

Dead Man’s Eyes (1944), the third movie, casts Lon, Jr. as a painter who’s blinded in a freak accident, courtesy of a breathtakingly beautiful model played by Acquanetta (whose acting is even worse than Chaney’s). The father (Edward Fielding) of Chaney’s fiancée (Jean Parker) wills his own eyes to Lon in the event of his death…and an unknown somebody brings about this bequest earlier than expected by dispatching dear old “Dad” to the happy hunting ground. Once again, a great supporting cast—which also includes Paul Kelly, Thomas Gomez (as yet another dedicated detective) and Jonathan Hale—adds the only life to this tepid entry, which bears a strong similarity to “The King of Darkness,” an Inner Sanctum radio broadcast first heard on October 11, 1942 and featuring Claude Rains.

Number four, The Frozen Ghost (1945), easily wins the prize as the worst movie of the half-dozen Inner Sanctum films. As (Alex) Gregor the Great, Lon is a mentalist who’s convinced himself that he’s responsible for the death of an audience member (Arthur Hohl) who volunteered to be hypnotized during a radio broadcast. His business manager (Milburn Stone) suggests he have a little R&R at a wax museum run by curator Tala Birell. Alex finds plenty of mischief to get into there, including matching wits with a creepy ex-plastic surgeon (played by Martin Kosleck, the silver screen’s favorite Nazi officer) now in charge of the wax figures. Evelyn Ankers has a second go-round as Gregor’s fiancée, but the movie actually seems longer than its running time of 61 minutes—it’s that painful.

Strange Confession (1945), entry number five, was for many years not included in Universal’s “Shock Theater” package—the bundle of the studio’s classic horror films sold to television syndication—because it was a remake of their 1934 production The Man Who Reclaimed His Head (with Claude Rains), and the contract with playwright Jean Bart neglected to include any films beyond the original. But Confession was eventually released on VHS in the 1990s, and along with Weird Woman it’s one of the better Inner Sanctum films. Chemist Jeffrey Carter (Lon) works for Roger Graham (J. Carrol Naish—again), whose pharmaceutical company is obsessed with little more than the bottom line. Graham sends Carter to South America (with partner Lloyd Bridges in tow) basically so he can make time with Mrs. Carter (Brenda Joyce, who played Jane in a few of the RKO Tarzans). In the meantime, Graham arranges for Carter’s wonder drug to be released on the market without being fully tested…and Jeff’s young son dies of influenza as a result. Though the denouement of this movie is telegraphed in advance by director John Hoffman, it’s not a bad little programmer. Old-time radio fans might get a kick out of seeing Naish’s later Life with Luigi co-star, Jody Gilbert, in a brief bit as a customer in a pharmacy where Chaney works.

The final Inner Sanctum entry, Pillow of Death (1945), might have been an appropriate instrument to use on the struggling franchise by this time. As attorney Wayne Fletcher, Lon, Jr. is accused of the suffocation death of his harpy of a wife Vivian…and several other pillow murders besides. His secretary Donna (the return of Brenda Joyce) naturally believes in his innocence…her aunt Belle (Clara Blandick) isn’t so sure, but it makes no never mind since she and husband Sam (George Cleveland, the best thing in the picture) are two of the aforementioned pillow murder victims. It takes an iron constitution to sit through this one…if you’ll pardon the pun, it’s murder. (Pillow bears the distinction of being the only movie in the series that does not feature the opening narration of David Hoffman, whose disembodied head inside a crystal ball would intone: “This is the Inner Sanctum…a strange, fantastic world controlled by a mass of living, pulsating flesh…the mind! It destroys…distorts…creates monsters…commits murder…yes, even you, without knowing…can commit murder…”)

In an essay (“Half a Dozen Frights: The Inner Sanctum Movies”) penned by film historian Gregory William Mank for Martin Grams, Jr.’s authoritative Inner Sanctum Mysteries: Behind the Creaking Door, Mank writes: “Universal’s Inner Sanctum potboilers never came close to approaching the creativity, assurance and nightmarish potency of the radio show, nor the goose-pimply power of the pulps.” I’ll be the first to admit that the films aren’t great cinema (a mustachioed Lon Chaney, Jr. is generally Clark Gable gone to seed), but the radio show didn’t always hit one out of the park, either. I think the Universal movies capture the flavor of Inner Sanctum Mysteries quite well: the melodramatic plots (as much as I love Weird Woman, it’s lip-smackingly-over-the-top), stream-of-consciousness monologues (often emanating from star Chaney) and liberal use of organ music on the soundtracks.