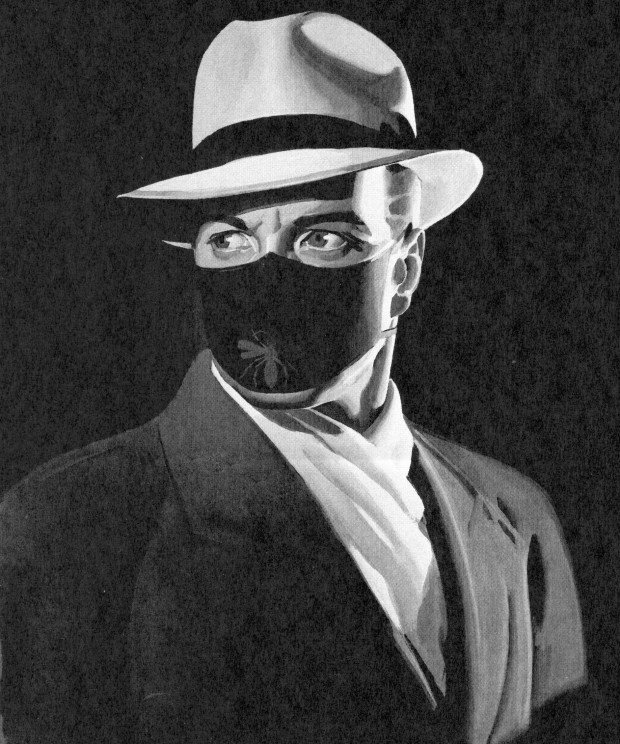 “He hunts the biggest of all game! Public enemies who try to destroy our America!”

In the annals of radio broadcasting, Detroit, Michigan’s WXYZ was a truly remarkable station. It would introduce one of the medium’s larger-than-life heroes (and a genuine pop culture icon) in The Lone Ranger in 1933. Ten years later, Sergeant Preston of the Yukon (described by more than a few as “The Lone Ranger on ice”) was added to its panoply of juvenile heroes. In between those successful programs came The Green Hornet, which premiered over WXYZ on this very date.

It was station owner George W. Trendle, giddy over the success of The Lone Ranger, that suggested to WXYZ director James Jewell and writer Fran Striker that they pursue a second radio series along the same lines. After kicking ideas back and forth, it was decided to tweak the Ranger formula (an individual facing off against the forces of corruption prevalent in both politics and society) to give it a modern-day bent. The legend has it that Trendle was obsessed with using a bee as a symbol for the new hero, purportedly due to an incident in which he spent a sleepless night in a hotel room with a trapped bee buzzing constantly.

The show’s original title was The Hornet. Trendle wasn’t completely satisfied with this; he was concerned about possible legal problems since that same title had been used for a previous radio series. After a discussion on the color of the hornet (pink, blue, chartreuse), it was decided that their hornet would sport a hue of green. (I read somewhere that “green hornets” are the angriest of their kind—but I am not going to say this with any degree of authority, because I make it a point to stay away from any kind of hornet, regardless of their color.)

It probably didn’t escape the notice of those listeners who tuned into The Green Hornet that there were a number of similarities between the series and the earlier Ranger. The Ranger’s mode of transportation was “his great horse Silver,” while the Hornet tooled around in a sleek, black automobile dubbed “The Black Beauty.” Both heroes operated outside the law (though they themselves were not lawless), and for their trouble were occasionally believed by law enforcement to be engaging in criminal behavior (though it always seemed that The Hornet got the worst of this—all the Ranger had to do was show skeptics a silver bullet to remove all doubt). And like the Lone Ranger’s “faithful Indian companion Tonto,” the Green Hornet had his own sidekick in a Filipino valet named Kato. Kato, like his boss, was not what he seemed: he functioned as the Hornet’s chief-cook-and-bottle-washer, but he was quite schooled in chemistry (the Hornet’s gas gun and smokescreens were his designs) and the art of Oriental combat. Kato also knew the Green Hornet’s true identity: Daily Sentinel publisher Britt Reid.

That last name may ring a familiar bell. As the mythology of The Lone Ranger developed over the years, the folks at WXYZ gave their masked hero a certain backstory: he had been Texas Ranger John Reid. And in a number of Lone Ranger episodes, he would ride with his young nephew, Dan Reid. The Green Hornet’s writers later capitalized on this familial connection by revealing that Dan Reid was the father of Britt, who had quite a surprise for his pa when he revealed that he was more than just a callow millionaire playboy. As the cherry on top of this sundae, the elderly Dan Reid was played by John Todd—who played Tonto on The Lone Ranger. (You can explore this fascinating history in the Radio Spirits collection Generations, which contains episodes of both The Lone Ranger and The Green Hornet that examine the bridge between these two iconic heroes.)

Did anyone else but Kato (and later Dan Reid) know that Britt Reid and The Green Hornet were one and the same? Well, Britt’s secretary Lenore Case (“Miss Case” to Britt; “Casey” to pretty much everyone else) certainly suspected that something was up. In the final years of The Green Hornet’s radio run, she had put two and two together…but kept the information to herself. One person who did not suspect was Michael Axford, a cantankerous Irishman who started out on the series as Reid’s bodyguard, but eventually wound up as one of the Sentinel’s reporters. (And you thought Sean Penn was responsible for the death of journalism.) Axford could certainly handle himself in a tough scrape, but he served mostly as the program’s comic relief, forever railing against “that no-good spalpeen, the Har-nut!” Other Sentinel employees included the paper’s ace reporter Ed Lowry and resourceful female photographer “Clicker” Binney.

When The Green Hornet premiered over WXYZ in 1936, the titular hero was played by actor Al Hodge. Hodge became so identified as “the Har-nut” that when Universal brought the crime fighter to the silver screen in the form of a 1940 serial, they had Hodge dub the voice of the Hornet. (He was physically portrayed by Gordon Jones.) Hodge would be replaced by Robert Hall in 1943, and Hall himself would be relieved by Jack McCarthy in 1946. McCarthy continued in the role until the series rounded up its last evildoer on December 5, 1952 as the familiar strains of Rimsky-Korsakov’s The Flight of the Bumblebee played the program out. (Another similarity to The Lone Ranger was the use of familiar classical music pieces as their theme music.)