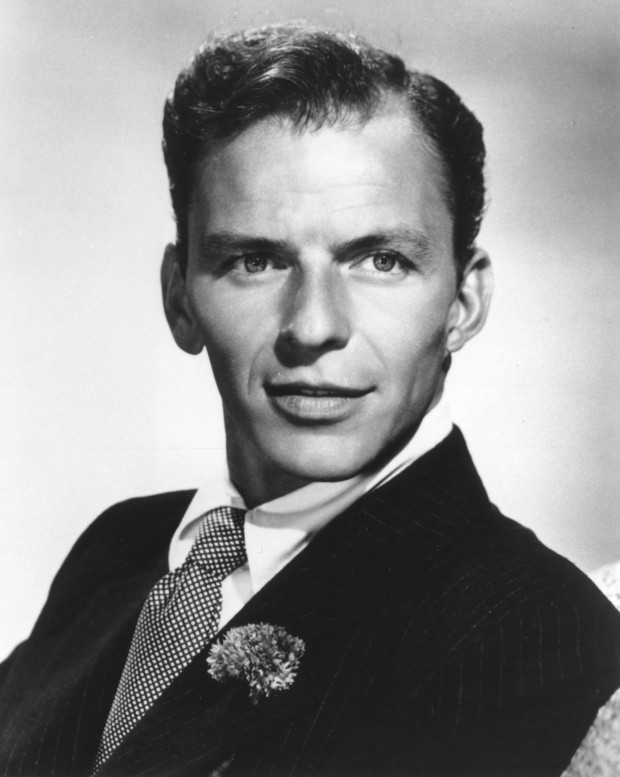 Happy Birthday to the Chairman of the Board!

Francis Albert Sinatra—Oscar-winning actor, Grammy-winning recording artist, and star of the Emmy Award-winning television special Frank Sinatra: A Man and His Music (1965)—would have celebrated his 101st birthday today.  A retrospective of his amazing career would eat up more than the allotted bandwidth of the Internet…so I thought a focus on Ol’ Blue Eyes’ relationship with radio would be in perfect keeping with the cake and ice cream.

Sinatra’s longtime love affair with music began at an early age: from the time he was eight he was singing in nightclubs in his birthplace of Hoboken, NJ (on top of the bar, sure—but you take whatever gigs you can get) and he gravitated toward a serious music career in his teens after stints as a delivery boy and riveter.  His mother, Natalie (friends called her “Dolly”), convinced a local trio known as The Three Flashes to let her son join their group…which afterward became The Hoboken Four.  The aggregation was fortunate to not only get an audition with Major Bowes, but to win first place on his Original Amateur Hour in 1935.  Their prize was a six-month contract to perform on both stage and radio across the country…but while on the road, Frank decided to leave the group and go out on his own.  His radio appearances continued sporadically, though they were usually on local stations.

Mama Dolly used her connections once again to land Frank a job as a singing waiter and emcee with the Rustic Cabin in Englewood Cliffs.  A hotbed of big band activity, it was there that Sinatra would cross paths with bandleader Harry James, who hired the young singer in June of 1939 to be the vocalist in his band at $75 a week.  The Voice’s tenure with James’ band didn’t last long…but, he wasn’t fired.  Frank left because Tommy Dorsey had approached him in November of that same year to come and work for him—a golden opportunity for Sinatra, since Dorsey’s band was one of the hottest in the nation.  Although he had signed a contract with Harry James’ band for one year, the bandleader graciously allowed him out of it to sign with Dorsey.  Soon, Frank started making national radio (via band remotes) and public appearances with the Dorsey Orchestra.

The 1940s ushered in what could very well be called “Sinatramania.”  Through his recordings with the Dorsey band, Frank became one of the most popular vocalists of the decade—his young female fans packed the auditoriums.  Frank severed his ties with Tommy Dorsey in late 1942, but his popularity continued to grow.  His very first starring radio series, Songs by Sinatra, debuted over CBS Radio on October 27, 1942 as a quarter-hour series.  In January of 1944, the program expanded to a half-hour on Wednesday nights at 9:00 p.m., sponsored by Lever Brothers (and later Max Factor and Old Gold).  Sinatra also joined the cast of Your Hit Parade in February of 1943, and stayed with that program for two years—but his tenure on that series (in which the songs were the star, NOT the singer) was a rocky one.

Frank Sinatra’s movie career also took off in the 1940s.  He had appeared in films like Las Vegas Nights and Ship Ahoy as a member of the Dorsey band, but films such as Higher and Higher and Step Lively gave him much greater exposure, and vehicles like Anchors Aweigh and On the Town (both of which co-starred Gene Kelly) made him a musical comedy star.  Sinatra was often asked to recreate both his own roles and the star turns of others on the likes of Lux Radio Theatre and Lady Esther Screen Guild Theatre.  Frank joked with all of the major radio comedians—Jack Benny, Fred Allen, Bob Hope, Edgar Bergen & Charlie McCarthy—but he also made appearances on shows headlined by his “rivals” Bing Crosby, Dinah Shore and the Andrews Sisters.  He also turned up in such unlikely places as A Date with Judy and Life with Luigi…and kept listening audiences in Suspense (a January 18, 1945 broadcast with Ethel Barrymore entitled “To Find Help”).

As the decade came to a close, Frank Sinatra was still a fixture on radio—he had returned to Your Hit Parade in the fall of 1947 and stayed for another two years before that show’s sponsor, Lucky Strike, started signing the checks on Light Up Time: a five-day-a-week quarter-hour that paired him with Metropolitan Opera star Dorothy Kirsten.  But “Sinatramania” had started to cool: a television venture that started in the fall of 1950, The Frank Sinatra Show, lasted just two seasons on CBS, and films like Double Dynamite and Meet Danny Wilson were duds at the box office.  Because a man’s gotta eat, Frank agreed to star in an NBC Radio series in the fall of 1953 entitled Rocky Fortune, which cast him as a jack-of-all-trades named Rocko Fortunato who was thrust into detective situations on a weekly basis.  Frank’s “comeback” role—his sensational turn as the pathetic Private Angelo Maggio in the Best Picture winner From Here to Eternity—provided the impetus he needed to bring Mr. Fortune’s escapades to a close shortly after collecting his trophy.  (If you’re curious about Rocky Fortune—a series that has both its defenders and detractors—a Christmas themed episode, “The Plot to Murder Santa Claus,” from December 22, 1953 can be found on the latest Radio Spirits release, The Voices of Christmas Past.)

Frank Sinatra continued broadcasting on radio until 1955 (he was doing a twice-a-week quarter hour on NBC about the same time as his stint on Rocky Fortune), but with his movie career resurrected, and at the peak of his recording powers, he concentrated solely on those pursuits.  But, if you’re fortunate to listen to The Voice at the height of his “bobby soxer” fame through archival recordings, you can’t deny the electricity that the actor-singer brought before a microphone.  Radio made Frank Sinatra’s career and, on the occasion of his birthday, we’re awfully glad that it did.