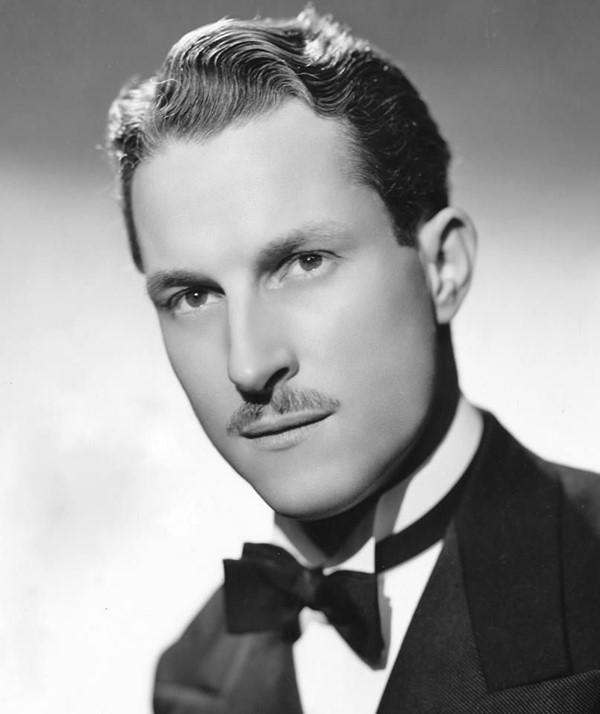 A September 24, 1938 edition of Radio Guide describes a “radio first” executed by actress Alice Frost and Jack Johnstone, the writer-producer of the popular Johnny Presents.  The blurb describes how the program had just gotten underway when Frost ran up to the microphone yelling “But I want to ask a question, Dr. Carrington!”  “The audience sat spellbound, thinking it was someone that had gone wacky all of sudden,” Guide observed.  No need to call the men in the white coats, however; it was just Frost and Johnstone putting one over on the audience as they “work[ed] out a new technic on the microphone.”  The career of Jack Johnstone—born in Vineland, New Jersey on this date in 1906—was marked by this kind of inventive experimentation as Johnstone sought to supplement his talents as writer, director, and producer on many popular radio shows.

Earl Ransom Johnstone went by “Jack” for most of his professional career (though he also used “Jonathan Bundy” as a pseudonym, notably on a handful of Suspense scripts in the 1960s). His vocational path began with a short stint working in the mental health field after he dropped out of Rutgers University (he was majoring in abnormal psychology).  Johnstone was earning $32 a week at an advertising agency when one of his colleagues, who was contributing scripts to Buck Rogers in the 25th Century, asked Jack if he’d like to take a crack at it.  Johnstone was soon sharing scripting chores on Buck Rogers, and after getting an opportunity to direct one broadcast rehearsal when the director (Carlo D’Angelo) wasn’t able to show up for the run-through with the cast, Jack was eventually promoted to director on the program.

Buck Rogers was broadcast at a time when radio was undergoing a period of discovery, notably in the field of “sound patterns.”  In an interview with Leonard Maltin, Jack Johnstone fondly reminisced about how the show’s creative minds depicted Buck’s spaceship on the program:

“CBS New York had an excellent air conditioning system at that time.  There were huge grates, perhaps four by four, for exhaust and intake; the sound effects man took a spare script and plastered pages over the whole thing, which stuck because of the draw of the air, except for a small spot in the middle of it, out of which he placed a microphone.  The air conditioning system provided the sound for the rocket.  Where we had Killer Kane flying a different ship and needed a rocket background for his, the engineer sent it through a filter, to give a little different sound.”

When Kellogg’s, Buck Rogers’ sponsor, relinquished sponsorship of the series, Jack Johnstone persuaded a contact at CBS that he could do the entire show (writing and directing) if his friend could sell it to another sponsor.  That’s how Johnstone started pulling down $300 a week, and how he later gravitated to Johnny Presents (where his contributions were known as “Jack Johnstone’s Dramas”) and The Adventures of Superman.  “Those were busy days,” Jack reminisced in later years.  “I left the house right after breakfast, got home between midnight and 1:00.”

By the 1940s, Jack Johnstone was one of radio’s busiest director-producers, making the rounds on Crime Doctor, Dark Destiny, Hollywood Star Time, Orson Welles’ Almanac, The Prudential Family Hour of Stars, and Richard Diamond, Private Detective.  Jack also kept his hand in writing on these shows.  He enjoyed a long personal and professional relationship with actor Herbert Marshall, the star of The Man Called X (Johnstone called Bart “a three-way thespian, equally at home in the motion picture, the theatre or radio”).  One of the more unusual entries on Johnstone’s resume was a series called Somebody Knows, an interesting precursor to TV’s America’s Most Wanted/Unsolved Mysteries where loyal listeners were tempted with a $5,000 cash prize if they were able to help provide clues for unsolved murders.  Jack was the director on Somebody Knows, but he also served as the show’s narrator.

Jack Johnstone’s 1991 obituary in The Los Angeles Times noted that at the time he was hiring top Hollywood stars for such anthologies as Hollywood Star Time and Hollywood Star Playhouse, a big name like Barbara Stanwyck commanded a salary of $5,000 for an appearance.  But by 1952, with radio on the wane, there was a fire sale going on and stars could be had for a mere grand.  Johnstone’s work on Hollywood Star Playhouse is notable, however, for two things: first, it marked one of Marilyn Monroe’s early radio showcases (an August 31, 1952 broadcast entitled “Statement in Full”) and second, it aired a pilot (on April 13, 1952) that would result in The Six-Shooter. (This splendid radio Western series starring James Stewart only lasted a single season because Stewart objected to the one sponsor most anxious to pay the bills: Chesterfield cigarettes.)

Jack Johnstone’s best-remembered contribution to old-time radio is unquestionably Yours Truly, Johnny Dollar. He joined the organization as director when the show adopted its beloved five-day-a-week quarter-hour format, and continued to sit in the director’s chair when Dollar went back to its half-hour weekly format, occasionally contributing scripts. (He even gave the go-ahead when star Bob Bailey submitted one.)  Jack would also work as one of several directors on the prestigious CBS Radio Workshop. When Yours Truly, Johnny Dollar migrated back to New York in 1960, Johnstone maintained the tone of the show by writing a number of scripts (which he mailed in from Hollywood).

Unlike so many of his peers in the aural medium, Jack Johnstone wanted nothing to do with television. So when Radio’s Golden Age had its life support system unplugged, Jack chose early retirement at the age of 56.  He kept occupied with his hobby of fishing. However, what was not known at the time, was that he also spent much of his time making audio recordings for the visually impaired. That explains why his family requested, at the time of Johnstone’s death in 1991 (at the age of 85), that donations be made to the Santa Barbara Chapter of Recordings for the Blind.

Old-time radio fans have reached a consensus that the 1955-56 years of Yours Truly, Johnny Dollar represent one of the many highlights of audio crime drama…but you may not know that the reason why the performances on that series were so good is that director Jack Johnstone insisted that each fifteen-minute session be recorded from start to finish with no retakes.  A few of the actors balked at first (if somebody muffed a line, they started back at the beginning), but gradually came around to agreeing with today’s birthday boy that the results were first-rate.