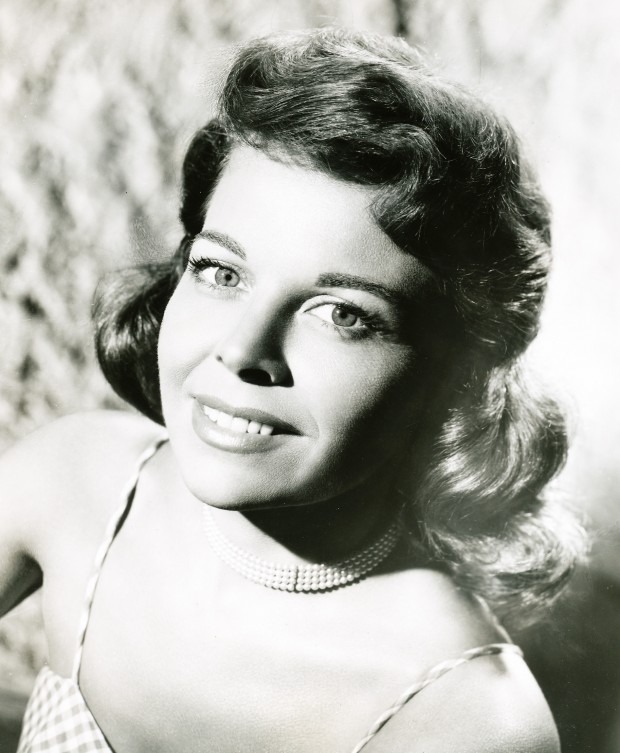 Georgia Ellis, the actress who co-starred on what is fondly remembered by legions of old-time radio fans as the definitive Gunsmoke (namely, the radio version), would have celebrated her birthday today.  It was Ellis who first played the part of Kitty Russell, the Long Branch Saloon proprietress made famous by Amanda Blake when the series transitioned to TV for a twenty-year run (though Blake jumped ship from the show before Gunsmoke’s final season).

Georgia was a regular on the radio Gunsmoke right from its debut broadcast on April 26, 1952—but in that first episode (“Billy the Kid”) she was Francie Richards, the widow of an outlaw (and a former flame of Marshal Matt Dillon).  By the series’ third episode, “Jaliscoe” (05/10/52), Ellis was playing Kitty Russell—a dance-hall girl who, it was subtly inferred, did a lot more at the Long Branch than just dance.  In a now-famous interview for Time magazine in 1953, Gunsmoke co-creator and producer Norman Macdonnell admitted that the relationship between the Dodge City marshal and his “girlfriend” was a little less chaste than their nineteen-year TV courtship:  “Kitty is just someone Matt has to visit every once in a while.  We never say it, but Kitty is a prostitute, plain and simple.”

Macdonnell no doubt became acquainted with the actress as she appeared quite frequently on another series on which he served as director-producer: The Adventures of Philip Marlowe.  (It was CBS president William S. Paley who sort of started the ball rolling on the creation of what became Gunsmoke, suggesting a series that was “Philip Marlowe out west.”)  Though Georgia made a few motion pictures at the start of her show business career—she was billed as Georgia Hawkins in The Light of Western Stars (1940) and the Hopalong Cassidy western Doomed Caravan (1941)—radio soon became her métier.  She frequently emoted on the likes of Broadway’s My Beat, Escape, Night Beat, Rogers of the Gazette, Romance, Suspense, This is Your FBI, The Whistler and Yours Truly, Johnny Dollar.  Georgia’s prolific radio appearances were undeniably due to her warm, pleasing voice…but her longtime marriage to writer-director-producer Antony Ellis probably didn’t hurt her gainful employment any, either.

Georgia, like fellow Gunsmoke cast members William Conrad, Howard McNear and Parley Baer, was never really seriously considered for the TV version of the series—though the quartet was allowed to audition, in what was essentially a token gesture on the part of the network.  It’s easy to discern why Bill Conrad was thumbed down by CBS—though a man of his girth probably looked more like a real-life lawman of that era than anyone The Powers That Be could have imagined.  But, Ellis was a strikingly attractive woman, and would have done a first-rate job.  Georgia did make a few appearances on the boob tube on shows like The Lineup, Klondike and Dragnet—and even had a small role when Jack Webb’s police procedural was adapted for the silver screen in 1954.

When Gunsmoke rode off the radio airwaves in 1961, Georgia Ellis was content to retire in anonymity at her home in Woodland Hills, California until her death in 1988.