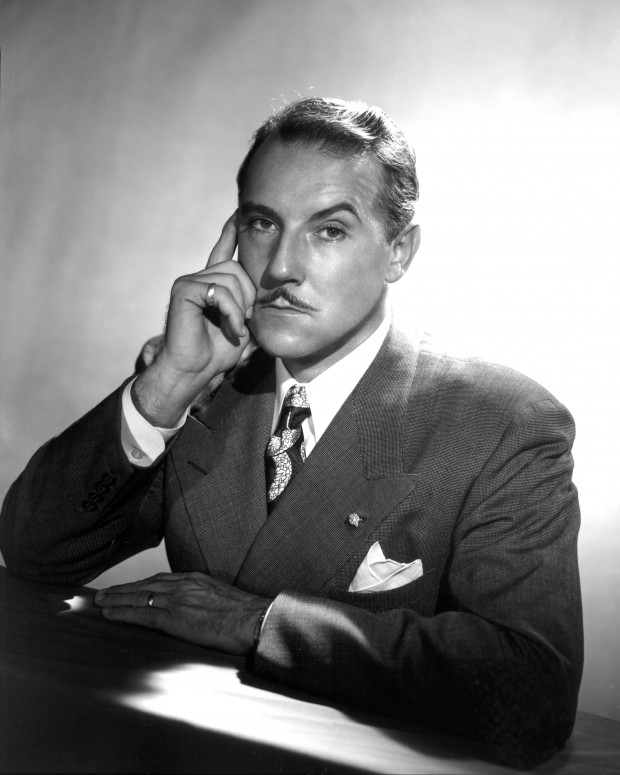 If you were to go to a dictionary to look up the meaning of the term “foil” as it relates to comedy—dollars to donuts says it would be accompanied by a picture of Gale Gordon, born on this date in 1906 one Charles T. Aldrich, Jr. in New York City.  Gale, who would become one of radio and television’s masterful practitioners of the “slow burn,” was born to a theatrical family—his mother was British stage actress Gloria Gordon, and her husband was vaudevillian Charles Aldrich.  The younger Gordon was destined for a career in show business.

Gordon’s success on stage began in the 1920s, when he co-starred with the legendary Richard Bennett (the father of Constance, Joan and Barbara) in the Canadian production The Dancers.  He moved to Hollywood in 1925, and made an inauspicious debut over the airwaves the following year strumming a ukulele and singing It Ain’t Gonna Rain No More.  (Gale later observed that “I nearly killed radio that day.”)  He wasn’t paid for his gig, but by the 1930s he was in demand as a serious radio actor.  That’s not a typo—he played straight dramatic parts on serials like Tarzan and The Shadow of Fu Manchu…he was even the first actor to play Flash Gordon on radio.  Other series on which he could be heard include Big Town (as the district attorney), The Whistler, and as the titular importer-sleuth on The Casebook of Gregory Hood.

However, it was radio comedy that would prove to be Gale’s bread and butter.  He was thirty-five years old when he started playing Mayor LaTrivia on Fibber McGee & Molly—a character that would come to define his stack-blowing stock-in-trade.  LaTrivia was a pompous stuffed shirt who seemed to feel like he was slumming when he stopped by 79 Wistful Vista for a weekly visit.  His encounters with both Fibber and Molly would regularly reduce him to sputtering spoonerisms before he could collect himself and say simply: “McGeeeeeee…good day…”  Gordon took a leave of absence from the show in 1942 when he was called into service during World War II.  Upon his return to the program, he additionally played the town’s weatherman, F. Ogden “Foggy” Williams, who would also announce his departure with a “good day”…though he quickly added a “probably” after it.  Gale also originated the role of the conceited neighbor Runsom Bullard on Fibber’s spin-off series, The Great Gildersleeve (which starred Hal Peary as the titular character).

Gordon worked on so many radio shows that there probably isn’t enough bandwidth to cover them all.  He appeared frequently on the comedy programs of George Burns & Gracie Allen (notably as their Texas millionaire friend Mr. Judson), Judy Canova (as Gordon Mansfield, Judy’s PR man), and Penny Singleton—not to mention The Fabulous Dr. Tweedy, Junior Miss, Granby’s Green Acres and Mr. and Mrs. Blandings.  Gale was in complete (and side-splitting) curmudgeon mode as Montgomery Scott, the easily-irritated Rexall representative who had his hands full with the antics of Phil Harris and Frankie Remley (Elliott Lewis) on The Phil Harris-Alice Faye Show.

That being said, it would be two series that premiered in 1948 that would come to define Gale Gordon’s sterling radio career.  He was asked by the producers of a new radio sitcom, Our Miss Brooks, to take over for actor Joe Forte in the role of Madison High’s taskmaster principal, Osgood Conklin.  Gordon wasn’t really interested in doing the part—he had enough on his plate already—and gave the Brooks people such an outrageous salary demand that he naturally assumed he would be turned down.  But, they met his price, and Gordon stepped into the shoes of Conklin, a former military man often driven to apoplexy by the shenanigans of Eve Arden’s beloved schoolteacher.  The chemistry between Gale’s blustery principal and Eve’s tart-tongued schoolmarm was indisputably magic; Gordon would reprise the part when Brooks went to TV, along with everyone else from the cast (with the exception of Jeff Chandler).

Some time after accepting the Brooks gig, Gordon went to work on Lucille Ball’s hit sitcom, My Favorite Husband, as stuffy bank president Rudolph Atterbury.  It wasn’t the first time that Gale had worked with Lucy—he had been an announcer on Jack Haley’s The Wonder Show back in 1938, where Lucy was a cast regular.  But, his work on Husband began his long association with TV’s Queen of Comedy—Lucy had even wanted Gale to play the part of Fred Mertz when she and husband Desi Arnaz brought Husband to TV as I Love Lucy.  Gordon was already committed to doing Our Miss Brooks, but he did appear in two episodes as Alvin Littlefield, Ricky Ricardo’s boss at the Tropicana.

After Our Miss Brooks finished its television run (and a movie version in 1956), Gale appeared on a few unsuccessful series like The Brothers (1956-57) and Sally (1958); and in the 1960s he was a semi-regular on Pete and Gladys (1960-62), and took over for his friend Joseph Kearns as “Mr. Wilson” on the third and fourth seasons of Dennis the Menace.  Lucille Ball wanted him for her new sitcom The Lucy Show when it premiered in the fall of 1962, but she had to wait until his contract was done on Dennis—then and only then did he join the Lucy cast as aggravated banker Theodore J. Mooney.  Gale worked alongside TV’s favorite red-headed comedienne until Lucy herself cancelled the show in 1968.  In the fall of that same year, she and Gordon co-starred (along with her real-life children Desi, Jr. and Lucie) on Here’s Lucy—which was a hit for CBS until 1974.  Later, Gale came out of retirement for Ball’s last sitcom attempt, Life with Lucy—which had a short run in 1986.  With Life with Lucy, Gale Gordon would be the only performer to either have guested or appeared regularly on every weekly radio and television series Ball did since the 1940s.

Gale Gordon once told a reporter: “I’m never nasty unless I get paid for it.”  For old-time radio and classic TV fans, this was a godsend—because when Gale was nasty, hilarity would generally follow.