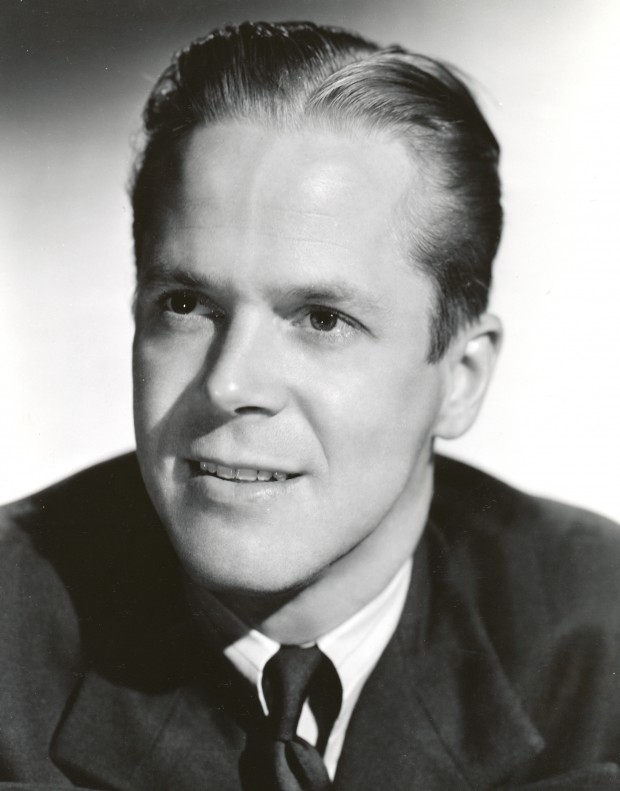 “He was Dark City’s most enchanting villain,” writes author/Turner Classic Movies personality Eddie Muller in his essential reference Dark City: The Lost World of Film Noir, “the man audiences loved to hate.”  Muller is talking about actor Dan Duryea, once described by movie critic Paul Gaita as “the go-to for malevolent supporting roles in Westerns and crime pictures.”  Despite his onscreen nastiness, the man born on this date in 1907 was, off-screen, a model citizen and devout family man whose interests included gardening and boating…not to mention being a member of both the P.T.A and the Boy Scouts (as a Scout Master!).  Nevertheless, whenever there was deviltry to be done, Dan was more than up to the task in films, TV…and old-time radio.

White Plains, New York is where Dan called home—the son of Mabel and textile salesman Richard Duryea.  Dan’s interest in acting began during his teenage years at White Plains High School as a member of the drama club, and continued in college as he pursued a degree in English at Cornell University.  (His senior year found him taking over as president of Cornell’s Dramatic Society…from a classmate who also did quite well for himself later in motion pictures, Franchot Tone.)  Duryea’s parents weren’t at all keen on their son’s interest in an acting career and, to placate them, Dan got work in advertising.  The job soon affected Duryea’s health; after suffering a mild heart attack, Dan decided that an actor’s existence would be a little less stressful. He began to focus on achieving his dream.  (In later years, Duryea remarked to interviewers that all he needed to work up the required violence in one of his characters was to think back on his terrible experiences in the ad biz.)

Duryea worked in summer stock, and got his Broadway break playing the small role of a “G-Man” in the Sidney Kingsley play Dead End (1935-37).  He went on to additional roles in Many Mansions (1937) and Missouri Legend (1938) before landing a plum assignment as the loutish Leo Hubbard in Lillian Hellman’s The Little Foxes in 1939.  His role in Foxes would be reprised in the 1941 feature film version (starring Bette Davis) when Samuel Goldwyn purchased the movie rights to Hellman’s play.  While it was believed to be Dan’s film debut, he had previously played a bit role in a 1934 Argentinian film, El Tango en Broadway (Duryea made this film while looking for work on Broadway).  Dan made such an impression in Foxes (and a wonderful contribution as “Duke Pastrami” in the 1941 Gary Cooper-Barbara Stanwyck comedy Ball of Fire) that when Paramount brought Hellman’s prequel, Another Part of the Forest, to big screens in 1948, Duryea was cast as the young version of his character’s father (played in Foxes by Carl Benton Reid).

Other film roles followed—The Pride of the Yankees (1942), Sahara (1943), Mrs. Skeffington (1944)—but Duryea eventually began to carve out a niche for himself as what Muller describes as “a delectable bastard” with “an odd, almost fetishistic onscreen forte—beating women.” A prime example of this is the treatment he gives femme fatale Joan Bennett in the 1944 noir classic The Woman in the Window…at one point giving her the back of his hand and then throwing her onto a bed.  Directed by Fritz Lang, Window is one of Dan’s best vehicles (he is pure dagnasty evil) and he repeated his menacing ways in the director’s Scarlet Street, released the following year.  (Duryea had also appeared in Lang’s Ministry of Fear [1944], in which he does a memorable bit as a Nazi spy masquerading as a tailor brandishing a pair of lethal shears.)  Dan continued to play heavies in such films as Criss Cross (1949—as gangster Slim Dundee, one of his best bad guy showcases) and Too Late for Tears (1949), but his talent was such that studios soon found work for him as a slightly tarnished good guy in the likes of Black Angel (1946) and The Underworld Story (1950).  Duryea was a serviceable leading man, but as Muller observes: “When Duryea played straight the strange music in his voice tended to go flat.  When his riff was sharp and cunning, he exuded what one admirer described as ‘animal magnetism’.”

1950’s Winchester ’73 gave Dan Duryea the opportunity to portray one of his most memorable villains—that of outlaw Waco Johnny Dean, one of several people who comes into possession of the titular rifle.  The star of that film was James Stewart, and Dan would later be teamed with Jimmy in 1953’s Thunder Bay (he’s on the right side of the law as Stewart’s sidekick) and Night Passage (1957), which restored him to his no-goodnik status.  Duryea excelled at playing Western heavies in such oaters as Silver Lode (1954) and Ride Clear of Diablo (1954), and while he would continue in features throughout the decade with movies like The Burglar (1957) and Slaughter on Tenth Avenue (1957), Dan had started to explore new avenues for his talent on the small screen.  He starred in a 1952 syndicated series entitled China Smith, in which he played a soldier-of-fortune who operated out of Singapore, and he reprised that character in a reboot two years later called The New Adventures of China Smith.  Dan performed on such TV anthologies as The Ford Television Theatre and The Lux Video Theatre, and made a hilarious guest appearance on Jack Benny’s TV show in 1955 that spoofed his bad guy image.

Dan Duryea’s motion picture success gave him plenty of opportunities to emote in front of a radio microphone, guesting on such favorites as Family Theatre, The Lux Radio Theatre, The Sealtest Variety Theatre, and Suspense.  Duryea’s most notable contribution in the aural medium, however, was as the star of The Man from Homicide.  Homicide was a summer replacement series for Inner Sanctum Mysteries in 1951, so its run was brief — but it featured Duryea as dedicated detective Lt. Lou Dana (replacing fellow noir actor Charles McGraw, who only appeared in the show’s first episode) and OTR veteran Lawrence Dobkin as his sidekick, Sgt. Meyers.

Duryea continued to work in motion pictures throughout the 1960s, appearing in Westerns like Six Black Horses (1962) and The Bounty Killer (1965), and he worked with Jimmy Stewart one last time in 1966’s The Flight of the Phoenix (as a mild-mannered accountant—a bit closer to his real-life persona).  Dan did a good bit of television around this time as well, guesting on favorites like The Twilight Zone, Laramie, Rawhide, Route 66, Bonanza, and Burke’s Law.  Though his final feature film was 1968’s The Bamboo Saucer, Dan was working steady as a cast member of TV’s Peyton Place (portraying con man Eddie Jacks) when he passed away at the age of 61 (shortly after undergoing surgery to have a malignancy removed).

“I thought the meaner I presented myself,” Dan Duryea once relayed to gossip maven Hedda Hopper, “the tougher I was with women, slapping them around in well-produced films where evil and death seem to lurk in every nightmare alley and behind every venetian blind in every seedy apartment, I could find a market for my screen characters.”  Dan did just that!