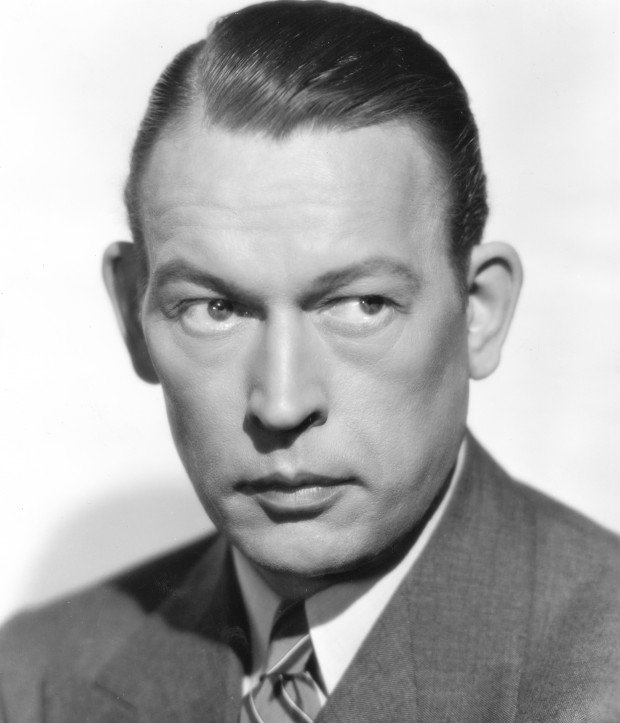 “Get me that man with the flat voice!”

Comedian Fred Allen had worked himself up through the vaudeville ranks (he started out as “The World’s Worst Juggler” before realizing his talents lie in comedy) to Broadway productions like The Little Show and Three’s a Crowd.   Having wet his finger, raised it to the winds, and realized that vaudeville was not long for this world, Allen decided that the new medium of radio was where he needed to be.  So, with his wife Portland Hoffa (whom he had met during his ten-week engagement in The Passing Show of 1922), he premiered his first program on this date in 1932 with The Linit Bath Club Revue.

The Linit people paid Allen $1,000 a week to produce the show, and he was expected to pay the costs of hiring a cast, orchestra and writers.  Fred attempted to tackle that last job himself, but soon learned that radio was voracious when it came to material, and he simply wouldn’t be able to supply it by his lonesome.  So, he hired his old friend Harry Tugend as one of his first scribes.  Together, Fred and Harry crafted a new type of radio humor—a cerebral, sophisticated sort of folksy wit that eschewed the verbal (and visual) slapstick present on the programs of his rivals like Eddie Cantor and Ed Wynn.  Though The Linit Bath Club Revue lasted only six months on CBS, Allen was courted by NBC and Hellman’s Mayonnaise.  Beginning in August of 1933, The Salad Bowl Revue was heard on Fridays.  That arrangement lasted until December (only because the sponsor’s product was chiefly promoted during the warmer months), and Fred’s program acquired the sponsorship of Bristol Myers in January of 1934—thus it was retitled The Sal Hepatica Revue.  The show’s expansion to a full hour in March prompted it to be renamed Hour of Smiles before acquiring its best remembered title: Town Hall Tonight.

Some Allen scholars consider Town Hall Tonight to be the comedian’s finest radio program; a weekly ribbing of small-town life that often focused on offbeat, human-interest news stories (dubbed “the Town Hall Bulletin” and “Town Hall News”) which allowed Fred to offer satirical insights on topical issues.  The show featured a talent show portion (at the insistence of the sponsor) that was a forerunner of radio’s Original Amateur Hour.  There was also a segment entitled “People You Didn’t Expect to Meet,” which allowed Fred to interview individuals with unusual occupations.  Many of the broadcasts would close with a comedy sketch featuring “the Mighty Allen Art Players”—an acting troupe name later liberated by Johnny Carson when he created his “Mighty Carson Art Players.”

Town Hall Tonight changed its name in the fall of 1939 to The Fred Allen Show—something the comedian wasn’t particularly crazy about, but it’s possible that his sponsor wanted to capitalize on the star’s success.  The show had performed moderately well in the ratings over the years, but it really took off when Fred decided—in his words—to “hitch his gaggin’ to a star.”  Fred had been friends with Jack Benny since the two men had crossed paths in vaudeville, and on a December 1936 Town Hall broadcast, Allen made some humorous remarks about his friend’s musical prowess after a ten-year-old prodigy named Stuart Canin had finished playing Schubert’s The Bee on the program, intimating that Benny should be ashamed of himself.  Jack, who made it a habit to listen to Fred’s program, thought the comments were hilarious and he issued a rejoinder to his friend on his next broadcast.  From that moment on, the cutting remarks and insults flew fast and furious between the two comedians, escalating into a “feud” that culminated in a famous “fight of the century” appearance on Jack’s program on March 14, 1937.  Though that program was the “official” end of the feud, both Allen and Benny continued to direct quips at one another on their programs for years afterward, and their guest appearances on each other’s shows were always a delight for radio audiences.

By the 1940s, Fred had a new sponsor in Texaco, and his program was now known as The Texaco Star Theater. It was an hour-long show on CBS from 1940-42, but was whittled down to a half-hour in the fall of 1942.  It was on that half-hour program that Fred would introduce his most famous weekly segment; beginning in December of 1942, “Allen’s Alley” was open for business.  Each week, Fred made a trip to a mythical neighborhood populated with an unforgettable cast of characters representing ethnic and regional types from the “melting pot” that was America (the comedian was inspired by columnist O.O. McIntyre’s Thoughts While Strolling), beginning with Falstaff Openshaw, a hammy poet played by character actor Alan Reed, who often treated Allen to samples of his verse (composed by Allen himself).  Another Alley denizen was Pansy Nussbaum, a formidable Jewish housewife played by actress Minerva Pious, who had been a regular on Fred’s program almost since its inception.

The most popular resident wouldn’t debut until 1945 (Allen took a year off from radio in 1944 at his doctor’s suggestion to curb his hypertension, and was back on the air in the fall for Tenderleaf Tea) in the form of Senator Beauregard Claghorn, a windy Southern politician played by Fred’s announcer, Kenny Delmar.  Claghorn, a garrulous sort whose fealty to the South was demonstrated by the fact that his favorite actress was Ann Sothern and that he never listened to radio’s Mr. and Mrs. North, would filibuster at Fred (who essentially became the straight man in their exchanges) and punctuate his insights with “That’s a joke, son!”  (The character of Claghorn, whom Delmar based on a cattle rancher the announcer encountered while hitchhiking one day, was later co-opted by Warner Brothers’ cartoon studio in the form of Foghorn Leghorn.)  Other popular Allen’s Alley residents included taciturn New Englander Titus Moody (played by Parker Fennelly) and feisty Irishman Ajax Cassidy (Peter Donald).

Fred’s show was the number one ranked program of the 1947-48 season…but its star had no inkling that The Fred Allen Show’s final year in radio was lying in wait around the corner.  Its downfall would come as a result of being scheduled opposite an ABC quiz program entitled Stop the Music, a popular broadcast on which people across the U.S. were offered the opportunity to win fabulous prizes simply by answering their telephones (should the program call) and providing the correct response to questions.  The success of the show threatened both Fred and Edgar Bergen’s once-popular comedy programs…but while Bergen decided to suspend his series in December of 1948 and simply wait for the fad that was Stop the Music to subside, Allen took on the show with a ferocity that included offering listeners $5,000 if they had been called by Stop the Music while they were tuned into to his show.  Sadly, he got no takers—and while his final season featured some of his best take-no-prisoners satire (mostly directed at giveaway programs, as in his parody “Cease the Melody”) his hypertension once again began to act up…so he rang down the curtain on The Fred Allen Show on June 26, 1949.