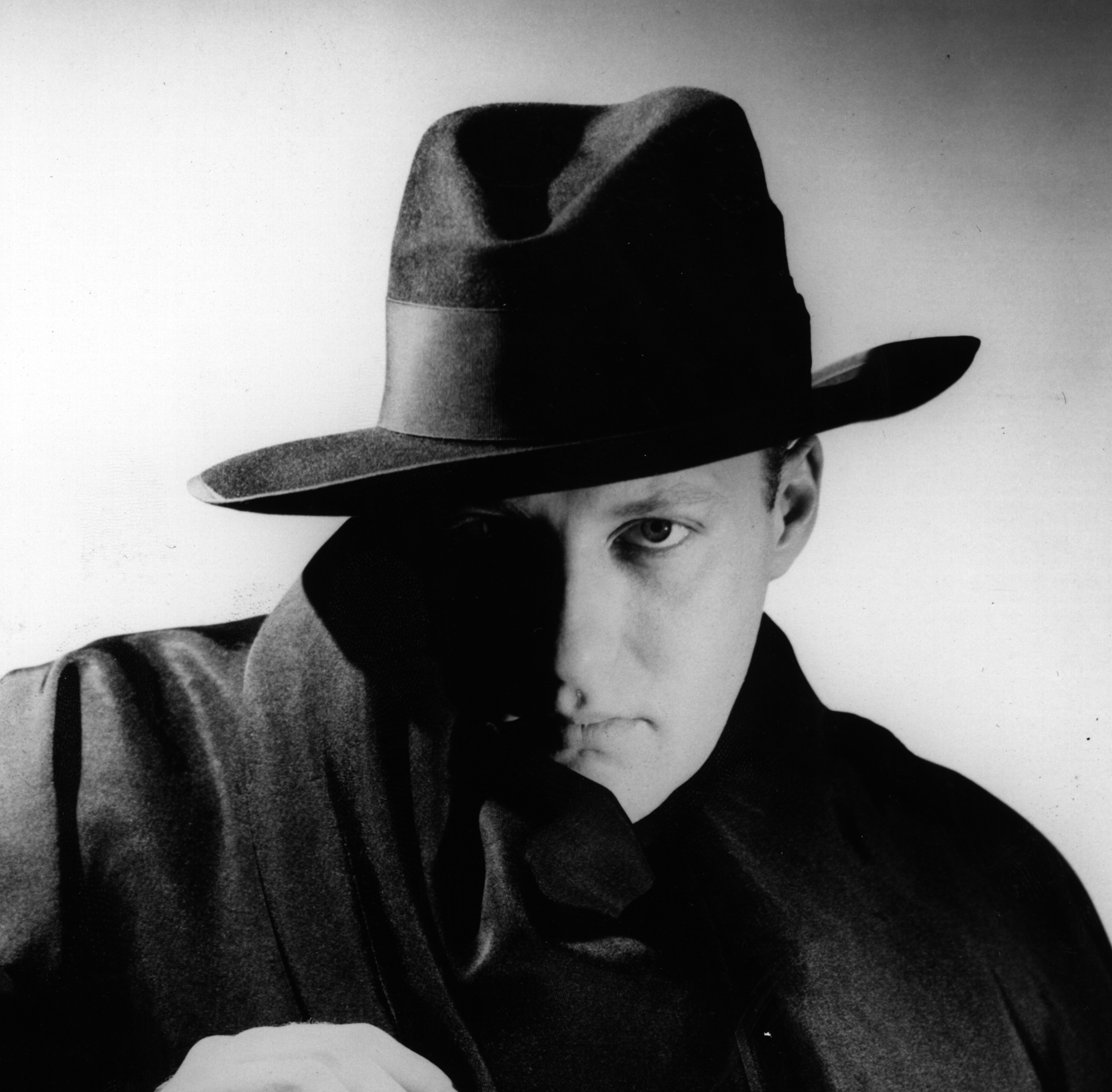 From Out of the Shadows: The Story of Bret Morrison

His was one of the iconic voices of the radio era.

Crackling out of the ether at half past five every Sunday afternoon, the reinforced-concrete sneer of The Shadow declared his knowledge of the Evil that Lurked in The Hearts of Men, and gave the medium perhaps its single most memorable signature. Even people who’ve never actually listened to a vintage radio program all the way through have, perhaps buried deep in their subconscious memory, some awareness of that voice, that laugh.

Any old-time-radio buff with a laptop and an internet connection, or even a well-thumbed paperback copy of The Big Broadcast can probably come up with the names off the top of their head. “Orson Welles, Bill Johnstone, Steve Courtleigh, John Archer…” they’ll recite, with perhaps the completists among them throwing in Frank Readick, James LaCurto, and Carl Kroenke. And then they’ll sum up with, “…and the longest-lasting Shadow, Bret Morrison.”

That’s all he’s remembered for, really, in the great scope of radio history. Bret Morrison was The Shadow. He played the role from 1944 to 1954, and reprised it for phonograph records as late as 1968. And when he died in 1978, those newspapers that carried his obituary invariably described him as “Radio’s Shadow.” It’s the role that’s remembered, not the man. 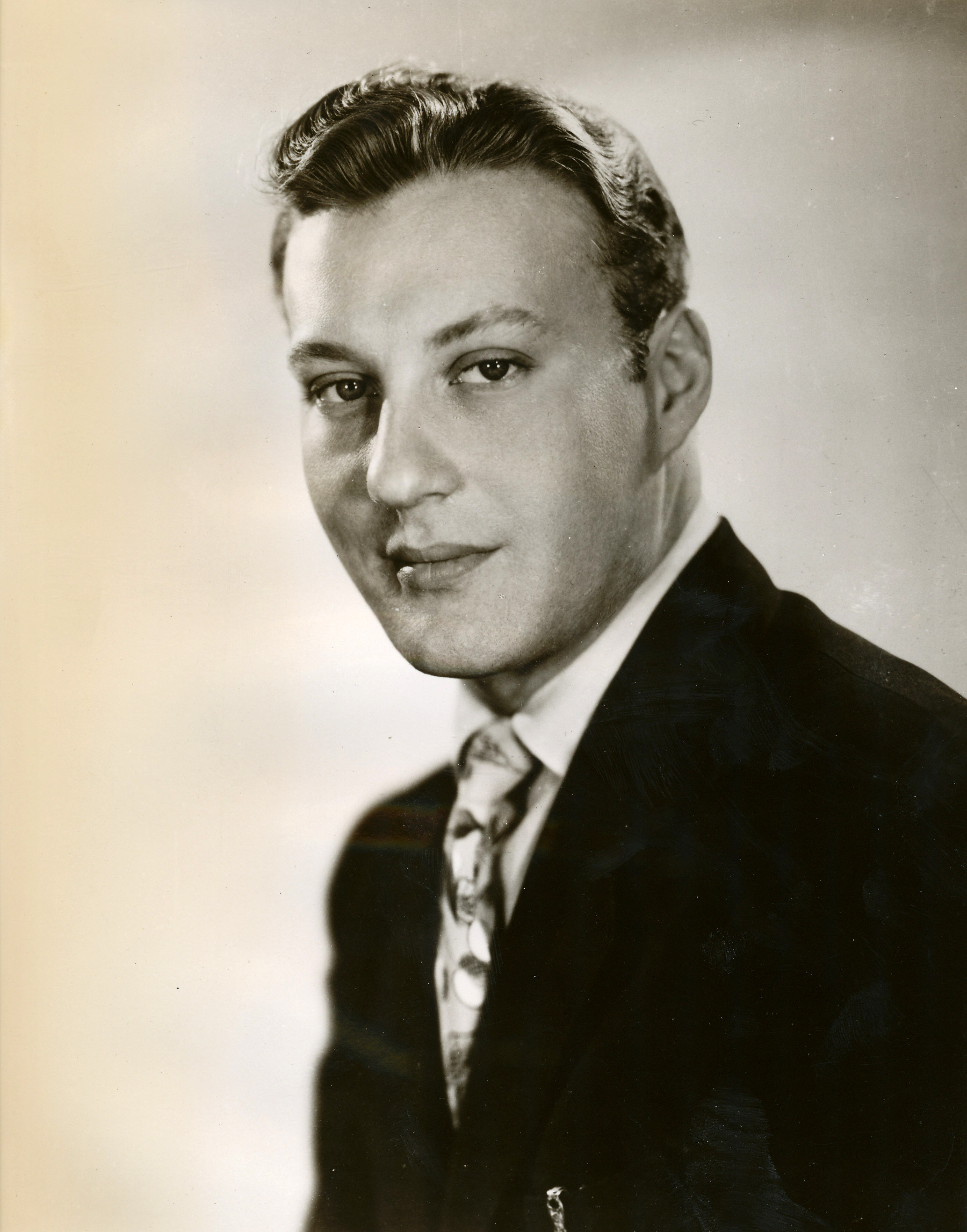 But, there was more to Bret Morrison than a menacing laugh and a threatening, filtered voice. He was a versatile actor who made a name for himself in the competitive world of pre-war radio long before donning the Shadow’s cloak. Chicago was the cradle of radio drama when he began his career in the late 1920’s, while still a high school student. His career carried him from studio to studio, station to station, network to network, from Chicago to Hollywood, wherever a versatile voice was needed. He was cast in everything from daytime serials to nighttime boy-meets-girl anthologies, from the glossy Lux Radio Theatre to the outré experiments of Arch Oboler. But he never became a star, which was the best thing that could have happened to his career. Contrary to what one might expect, it wasn’t an especially good thing to be a “star” actor in radio, despite the paychecks and the fan magazine profiles, and the name recognition. Stars got typecast, stars ended up playing endless variations of the role which initially brought them fame. The anonymous supporting actors of radio, of which Bret Morrison was one, enjoyed far greater freedom in the roles they were allowed to perform. At least creatively, the anonymous might find much more satisfaction in their work. Morrison acted, hosted — notably as Mr. First Nighter, of The First Nighter Program — and even sang occasionally. He became, through talent and determination, a textbook example of the successful Working Radio Actor.

The Shadow, meanwhile, made a name for itself in the late 1930’s with a very different sort of performer in the lead. When Orson Welles took on the job in   the fall of 1937, he was already the Boy Wonder of The Stage, the Master Thespian of the Microphone, and well on his way to becoming The Legendary Orson  Welles. At no time, really, did the Wellesian personality fully submerge itself into the character of Lamont Cranston. That wasn’t the way Welles worked. Even today, in hearing recordings, one listens to Orson Welles playing The Shadow rather than listening to The Shadow himself. Welles’ replacement, William Johnstone, was a lesser figure in the cosmology of acting than Welles, but he too found it difficult to fully vanish into the role. His dignified, rather pear-shaped voice often made Cranston sound more like a middle-aged bank manager crossed with Philo Vance than the wealthy young playboy called for in the script. Other, lesser figures passed in and out of the role during the war years before Bret Morrison got his chance in 1943.

At the time, he was fresh off his First Nighter role, and The Shadow was just another radio job — fun to do for a while, but not exactly something you’d put at the top of your resume. A blood-and-thunder Sunday afternoon mystery-man adventure show wasn’t as prestigious as a nighttime anthology, and it didn’t even pay particularly well. But, it was work, and Bret Morrison was a working actor. He completed a season in the role, to no particular distinction, and then moved on. Having relocated to New York to take the role, he found plenty of work available in various Manhattan-based dramas.

The Shadow skulked along without him for a year, but when none of his replacements panned out, Morrison returned to the series in late 1945, and continued to “cloud men’s minds” until the very end of the program’s run nearly a decade later, offering a portrayal which would become the definitive interpretation of the character. Morrison’s Lamont Cranston was a likable fellow, displaying neither Welles’ arrogance nor Johnstone’s patrician chill. You could believe Morrison’s Cranston was a seasoned world traveler, but you could also believe he’d had a mighty good time doing it. And, you could also easily believe that his “friend and companion Margo Lane” was, in fact, a good bit more than that when the microphones were off. Morrison’s portrayal captured the essence of the wealthy man about town with a secret.

Morrison’s Shadow didn’t fool around. He wasn’t a melodramatic cape-swisher like Welles, nor did he give the impression of an invisible district attorney sometimes essayed in Johnstone’s presentation of the mysterious hero. The Shadow, as embodied by Morrison, was all business – his business just happened to be the relentless pursuit of criminals. You took him seriously, overlooking the implausibility of the “invisible man” concept long enough to be carried along by the characterization. If Bret Morrison said he could cloud men’s’ minds so they couldn’t see him…well, that was plenty good enough.

Morrison didn’t get rich playing Lamont Cranston. He had to keep working on the side to keep up the elegant-bachelor standard of living he’d adopted since the dissolution of a short-lived marriage. He continued to do character roles on various radio programs, even putting in a stretch as a daytime kiddie-show host. He also pursued a brief singing career in Manhattan nightclubs, offering everything from Como-esque interpretations of the pop hits of the day to stylized renditions of Gay Nineties favorites. Critics noted with approval his “pleasant baritone,” but found his vocal range limited and his stage persona somewhat lacking in charisma. Despite persisting in this side career for several years, Morrison never quite made a splash as a singing star. Radio would remain his meat and potatoes through the mid-fifties, after which he found himself dabbling in television and movies. A stretch as a crusading DA on the late-afternoon mystery soap opera The Edge of Night became his most successful television role, but he continued to do guest spots into the mid-1970’s.

But, he never quite escaped the shadow of The Shadow. Syndicated reruns of the program were on the air in many cities by the early sixties, keeping the character firmly in the public consciousness. Morrison found himself asked to revisit the role in interviews with nostalgia-show hosts, as well as in children’s recordings. When radio drama enjoyed a brief resurgence of popularity astride the nostalgia wave of the early 1970’s, Morrison jumped at the chance to return to the microphone, making several appearances on Elliot Lewis’s Hollywood Radio Theatre and Himan Brown’s CBS Radio Mystery Theatre, working alongside many friends and colleagues of the old days. He even reprised Lamont Cranston one last time in 1975, recreating an original script for a Golden Days of Radio celebration at the powerful Boston station WBZ.

On September 25, 1978, Morrison performed in an episode of the long-running Salvation Army radio anthology Heartbeat Theatre, and then stepped out of the recording studio into a sweltering California afternoon. Wilting in the 100-plus-degree heat, the actor drove to a nearby store, and slumped unconscious over his steering wheel before he could leave the car. A simple heart attack, where legions of criminals, saboteurs, conspirators, and evil scientists had failed, finally silenced the voice of the Shadow. But, in recordings, he is with us yet.

This slightly revised article was first published May 2012 in the Radio Spirits Email Newsletter.