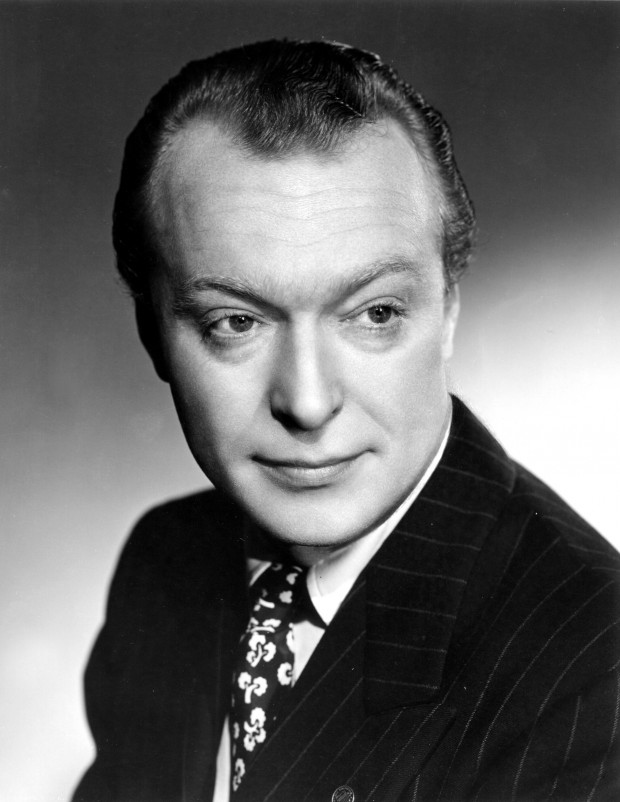 If the second half of the 1940’s was the Golden Age of radio detective drama, it was also the Golden Age of the radio detective gimmick. It wasn’t enough for a radio crime-solver to own a snub-nosed .38 and a wide-brimmed fedora, he needed something else, something entirely his own to distinguish him from the army of shamuses roaming the rain-swept streets of the broadcast band in the years after the Second World War. If you weren’t a Fat Man, you had to be a Thin Man, or a Singing Man or a Self-Referential Man. You had to be, above all else, Distinctive.

But, it wasn’t always the detective himself who was unique. In one of the best crime shows of the postwar era, the protagonist was actually a rather average fellow. It was the setting that was distinctive. The crime-solver, in this case, was a fairly generic take on the scrappy newspaperman, a standard figure in crime fiction since the rise of Walter Winchell in the late twenties. His name was Jack “Flashgun” Casey, but nobody ever used his first name. Even his nickname was rarely heard — to friend and enemy alike, he was just Casey, Crime Photographer. And the setting, the gimmick that made his program different from any other crime drama on the air, was a bar. A saloon, where drinks were nursed, cigarettes smoldered in dirty ashtrays, and jazz piano tinkled in the background. A shabby neon-lit hole in the wall called The Blue Note Cafe.

There was no other place like it on the air. In an era not all that far removed from Prohibition, the temperance movement still held sway in much of the country, and radio sponsors who were not breweries tended to downplay the consumption and sale of alcoholic beverages on the programs they backed to avoid offending the sons and daughters of Carrie Nation. On soap operas and evening dramas alike, the mark of a loose woman was one who drank cocktails. Even Duffy’s Tavern, the popular comedy set in a sawdust-floored Third Avenue dive, was stripped of its barroom atmosphere for a time by a nervous advertiser, and billed only as Duffy’s.

Casey himself hadn’t always been a habitué of The Blue Note. In the original magazine stories and novels by George Harmon Coxe, “Flashgun” Casey was usually on the move. His newspaper duties keeping him hopping from one assignment to the next, and there was little need for a well-developed base of operations. Efforts to develop Casey as a regular patron of a particular drinkery in his literary adventures were abandoned early in the series — plot and action were the thing, not reflection. But, radio was different — as a more intimate medium than the printed page, it required a certain familiar background to carry over from week to week, to give listeners a comfortable frame of reference for the characters, to provide a status quo which could be disrupted by the crime of the week and then reassuringly restored at its conclusion. Sherlock Holmes had his familiar rooms at Baker Street, Ellery Queen his book-lined apartment, Nick and Nora Charles their penthouse, Sam Spade his sleazy San Francisco office — and Casey had The Blue Note, a place to cogitate out loud on the problem of the week, a place where he could discuss his latest dilemma with his reporter girlfriend Ann Williams, and perhaps trade repartee with the comic bartender Ethelbert.

And, the listener could picture himself or herself sitting right there at the bar along with them. It was a concept that went all the way back to the very birth of radio drama, to Amos and Andy sitting in the taxicab office and discussing their troubles as the listener sat there too, a first-hand participant in the story. The Blue Note provided an ideal setting for the listener’s direct participation in Casey’s weekly drama, giving the characters and the story a distinct, palpable sense of emotional realism.

Producer/director/scriptwriter Alonzo Deen Cole was a master of this sort of intimacy. His first major accomplishment in radio drama, The Witch’s Tale in the 1930’s, offered an unmistakable sense of place from its very first moments on the air — a cold howling wind, a screeching cat, and the rusty-screen-door voice of Old Nancy, brought listeners into a dark, forbidding cottage deep in the woods, from which there would be no escape. Nancy’s abode framed each week’s tale of the supernatural, carrying the listener into the drama and then out of it again, to relative safety, at its close. Cole used this format throughout the run of The Witch’s Tale to great effect.

Cole didn’t create The Blue Note — the bar was part of the very first Casey broadcast, under the “Flashgun Casey” title in 1943, complete with Ethelbert the bartender and the background music. But, it was under Cole’s guidance that the bar was fully realized, becoming as much a regular character in the series as Casey and Ann themselves, with jazz great Herman Chittison joining the program as the definitive Blue Note pianist. Chittison, known to friends and colleagues as “Ivory,” had never intended to be a musician. He trained in college to be a chemist, but became enamored of the burgeoning African-American jazz scene of the 1920’s and developed a light, percussive piano style (in the stride manner popularized by James P. Johnson and Fats Waller). Abandoning his studies in the mid-twenties, he toured Europe with such luminaries as Louis Armstrong and Willie Lewis, before settling in New York in the early forties as the headman of a popular Harlem trio.

Early in his career, Chittison moved away from his Walleresque stride piano style toward something more sophisticated. During the 1930’s, he was noted for his flossy technique, somewhat like that of the blind virtuoso Art Tatum. But, by the time he arrived in New York, he’d settled into a suave, more disciplined style at the keyboard. His performance in The Blue Note each week was unobtrusive enough not to interfere with the dialogue, but creative enough in its rhythmic flow to give the bar a distinctive musical atmosphere. In this, it was not unlike the music provided by Dooley Wilson at Rick’s Cafe Americaine in Casablanca — a film that was in theaters at the time of Flashgun Casey’s radio premiere. Young jazz enthusiasts found themselves tuning into to the program each week with no interest in the crime story of the moment — they wanted to hear what Chittison was doing in the background. Among the eager fans of the program was an earnest young pianist named Thelonious Monk, who had idolized Chittison for years and based much of his early style on that of The Blue Note’s resident artist.

Chittison spent seven years at The Blue Note piano and, along with John Gibson’s long-running performance as Ethelbert the bartender, gave the bar a real sense of continuity from episode to episode. Chittison left CBS in the early 1950’s, after the original run of Casey came to a close. When the series was revived for a brief run in 1954, an even more prominent jazzman took his place at The Blue Note piano. Teddy Wilson spent most of the 1930’s working with some of the towering figures in American music, from Benny Goodman to Billie Holiday, and slipped easily into Chittison’s old role. His style was similar to that of his predecessor, but still distinctively his own. Once again, the series developed a following among hard-core jazz enthusiasts with no interest in snappy-talking newspapermen. Wilson himself greatly enjoyed his time on the series, noting that he picked up many new fans and renewed the acquaintance of many older ones due to the exposure he received on the program.

Bartender Ethelbert was the final ingredient in The Blue Note’s success. On the surface, he was an extension of the earthy, New York-to-the-core barkeep character that had been a steady part of the popular culture scene for decades, perhaps reaching its apotheosis with Ed Gardner’s unforgettable portrayal of the malaprop-prone Archie of Duffy’s Tavern. But as portrayed by Gibson, Ethelbert, whatever his grammatical missteps, was no comical oaf — he was a keen, alert judge of character and usually had worthwhile observations on the case of the moment. In the program’s earliest days, he had even been presented as something of a rough-diamond intellectual, serving up obscure literary allusions along with the drinks. Even after that trait faded away, he remained a likable, intelligent contributor to The Blue Note’s atmosphere.

For regular Casey listeners, The Blue Note was a real place, with a continuous existence, that carried on during the intervals between the weekly broadcasts. It’s not surprising that many real-life bars during the late 1940’s adopted the “Blue Note” name for themselves — some of which survive to this day. You won’t find Casey and Ann there, or Ethelbert, or Herman Chittison, or Teddy Wilson…but, the original Blue Note still lives on wherever Old Time Radio is heard.