The Man Who Taught America How to Sing

The small town of Tyrone, Pennsylvania added Fredrick Malcolm Waring to its population 103 years ago on this date—of course, Fredrick would shorten his name to the friendlier “Fred,” and during his teenage years he formed a band (with his brother Tom and friend Poley McClintock) which soon achieved local renown as Fred Waring’s Banjo Orchestra.  The musical aggregation played at fraternity parties and dances during Fred’s days at Penn State University…and though it was a dream of the musician to become a member of the school’s prestigious Glee Club, he was rejected at every turn by the organization’s advisor.  Undaunted, Waring took the band on the road as the group for which he is best remembered, Fred Waring and His Pennsylvanians—who were soon doing so well in the entertainment business that Fred decided he really didn’t need all that high-falutin’ education. 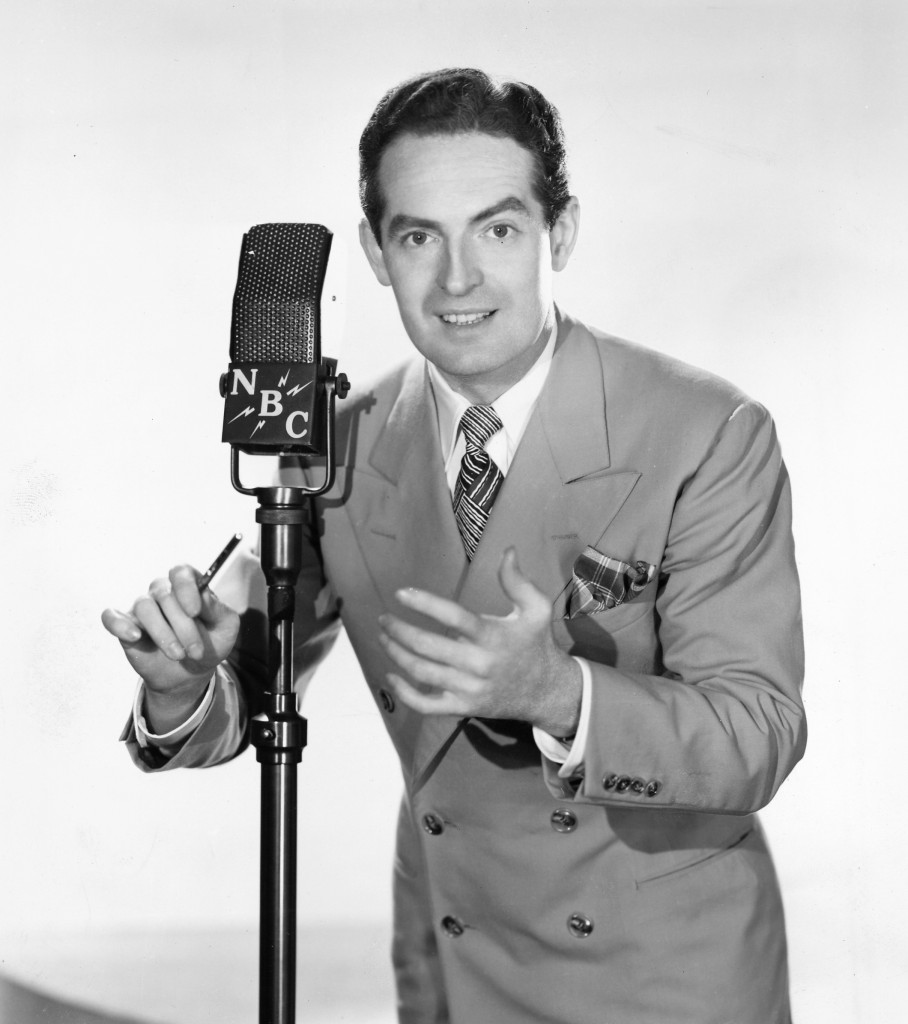 The concept of the glee club, however, was something that Waring never abandoned.  As his aggregation grew and grew, he began to add more instruments to the band…which, by this time, had started recording for RCA Victor and scoring million-selling records like “Sleep” (which would become one of Waring’s theme songs, often used to close his later radio broadcasts) and “Collegiate.”  Fred Waring and His Pennsylvanians had grown to a fifty-instrument orchestra by 1929.  Then, in 1930, when the band was booked alongside the famous Hall Johnson Choir, Fred fell in love with their choral harmony sound.  One night, Fred was pressed into service to lead the choir when Johnson himself fell ill…and from that moment on, he might as well have started writing love letters.  Waring’s mission was clear: he wanted desperately to duplicate those marvelous harmonies.

Fred and the band had appeared on radio as far back as 1923, but the maestro turned down nearly two dozen offers for a regular radio gig because sponsors just weren’t all that keen on his “glee club” idea.  His first regular network series was for CBS in 1933, sponsored by Old Gold Cigarettes, and that only lasted a season because the sponsor threw up his hands in resignation when Waring refused to abandon his unique blend of instrumentation and choral arrangements.  By 1939…things were a bit different.  Waring, now broadcasting five-days-a-week for a quarter-hour on NBC for Chesterfield, had built his orchestra to 81-pieces along with his “glee club” (supervised by Robert Shaw, who would go on to become one of the country’s preeminent choral directors) and was one of the most popular entertainers on the air.  His opening theme song, “I Hear Music,” became familiar to millions of listeners, who dubbed him “America’s Singing Master.”

Fred Waring’s sound had the same popular appeal as New Year’s Eve perennial Guy Lombardo (and His Royal Canadians), and he continued on in radio throughout the 1940s, even hosting a series that served as the summer replacement for Fibber McGee & Molly from 1946 to 1948.  His most important radio presentation went on the air on June 4, 1945 when NBC hired him to do a daytime series that would be of the same quality as their prime-time programs.  Waring’s orchestra cost $18,000 a week alone, and it is believed to have been the most expensive daytime experiment on the air at that particular time.

By 1949, Fred Waring had answered the siren song of that newfangled medium known as television…and though he continued to appear periodically on radio, his important TV achievement was The Fred Waring Show, telecast on CBS from 1949 to 1954.  Waring never slowed his pace when it came to performing and touring with his Pennsylvanians (he often logged some 40,000 miles a year) and by all accounts, was an affable individual outside the workplace…and a dedicated taskmaster once he punched the time clock.  His blending of choral harmonies and orchestral arrangements was indeed one of a kind…and “blending” is certainly the right choice of wording here, because although his music may not be remembered by some today—everyone’s familiar with the Waring Blendor (invented by a friend of Waring’s, Frederick Jacob Osius, who talked Fred into backing his patent in the 1930s).  No, that’s not a typo (and it’s not a Peabody and Sherman pun—trust me)—they changed the spelling of “blender” to give it that special distinction.