Mercedes McCambridge for the Defense

By Elizabeth McLeod
Often a supporting player, rarely a star — and yet she won an Oscar for her first movie role and was called the most gifted radio actress of all by no less an authority than Orson Welles. That’s how it worked out for one of the most talented women ever to stand behind a microphone. Even without flashy big-name roles, Mercedes McCambridge had plenty of opportunities to shine. Then, toward the close of the radio era, she finally got her big moment in the broadcast spotlight, as radio’s fearless Defense Attorney. 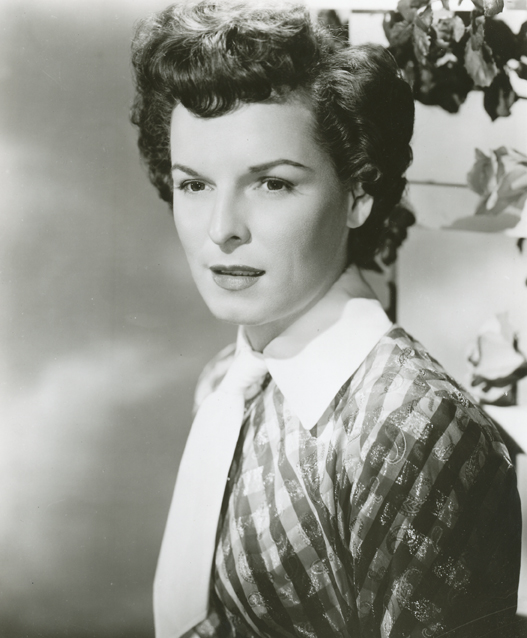 As the 50s turned into the 60s, the Markle-McCambridge marriage continued to deteriorate, became acrimonious, and finally fell completely apart. A family curse began to bear down on Mercedes — the curse of alcoholism. She had always been a drinker, but after her divorce and the gradual dissolution of her career, she began to drink heavily…and word got around. Her roles became less challenging, less interesting, and less frequent. What could have been a triumphant comeback ended abruptly when studio executives considered, and then rejected her, as the possible lead in the Western TV series The Big Valley. Due to her alcoholism, she was replaced by Barbara Stanwyck. Life was fast approaching rock bottom.
In 1969, Mercedes McCambridge pulled her life back together. She tamed her demons and became a leading advocate for alcoholic treatment programs, speaking across the country about her own ordeal. Ironically, she played what may be her best known role in 1973, as the voice of an actual demon in the horror thriller The Exorcist. Her voice was still as powerful and versatile as ever, and she gladly grabbed the opportunity to return to radio in the late 1970’s in episodes of Himan Brown’s CBS Radio Mystery Theatre. She also returned to Broadway in outstanding character roles through the 1970’s, 1980’s, and even the 1990’s. Despite a final wrenching tragedy, the suicide of her only son in 1987, McCambridge maintained her talent, her ability, and her dignity until the very end. She died in 2004, one of the true legends of radio drama.